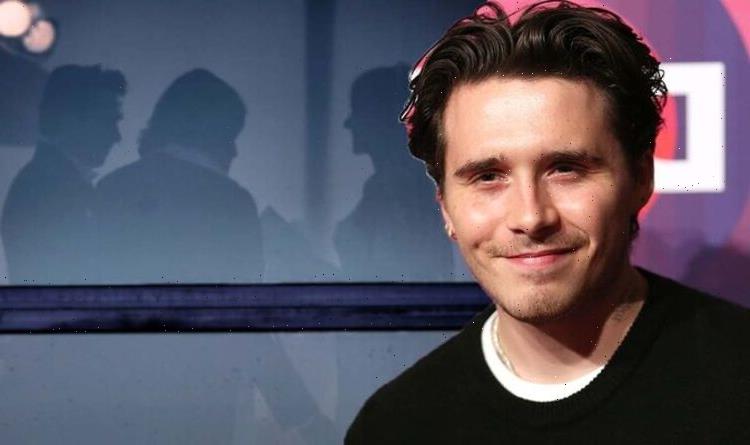 Brooklyn Beckham, 23, celebrated last night his long-awaited nuptials to billionaire heiress Nicola Peltz, 27. Now, David and Victoria Beckham’s eldest child is reportedly set to add his wife’s surname as his middle name in a show of his “commitment” to her.

According to a source, the photographer will now go by the name Brooklyn Joseph Peltz Beckham.

“Brooklyn is head over heels for Nicola – it’s a huge sign of his commitment to her, and his love for her,” an insider told The Sun.

But the sweet gesture would not be Brooklyn’s first tribute to his beloved partner.

He has a number of tattoos dedicated to her in different parts of his body – including a drawing of her eyes on the back of his neck.

Brooklyn also got Nicola’s name tattooed on the side of his neck.

Plus, he got a love letter from his now-wife tattooed across the top of his back.

In the heartfelt message, Nicola, who brands her beau “incredible”, refers to herself as “your future wifey”.

She penned: “My forever boy. Read this anytime you feel anxious.

“I want you to know how deeply loved you are.

“You have the kindest heart I’ve ever met and hope I never go a day without your love.

“I think you are so incredible. Just we can get through it all together if you breathe slow and trust.

“I love you beyond. Love always, your future wifey.”

The Beckhams’ youngest child, Harper, attended the ceremony as a flower girl.

She also took part in the ceremony as a bridesmaid and was pictured wearing a white dress and a flower crown on her head.

Nicola had six maids of honour, while the groom was accompanied by six groomsmen.

Meanwhile Brooklyn’s younger brothers, 19-year-old Romeo and 17-year old Cruz were kitted out in identical tuxedos as his best men.