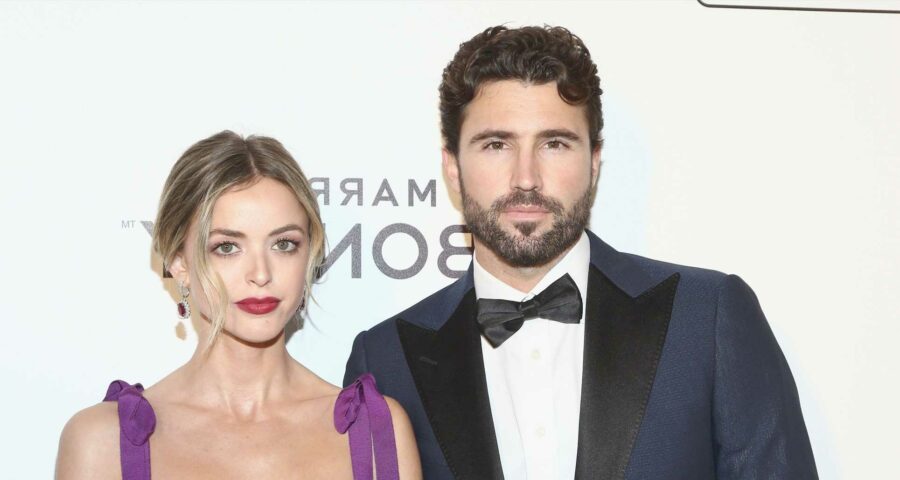 If you’re wondering how Kaitlynn Carter’s ex-husband Brody Jenner feels about her pregnancy news, the answer is…kinda complain-y? Brody’s reaction was conveniently filmed for this week’s episode of The Hills: New Beginnings, and he mentioned that he was hurt that he wasn’t one of the “top 10” people to find out about his ex being pregnant. Which…I mean…kay.

“Of course it’s hurtful to see all of these other people that seem to know that she’s pregnant and not me,” Brody mused to the camera, according to Entertainment Tonight. “A baby was such a big part of our relationship and talk in our relationship. I don’t need to be the first one to know but I think I should be in the top 10.”

Meanwhile, Kaitlynn said that telling Brody about her pregnancy “is just a big thing to share with somebody. It feels like one final nail in the coffin.”

As a reminder, Kaitlynn and Brody broke up in 2019, about a year after their wedding. Or rather, their “wedding,” since as Brody told Spencer Pratt on the show, it wasn’t legal.

Kaitlynn and her current boyfriend Kristopher Brock have been dating since 2020, and announced news that they’e expecting back in June with a cute Insta post of Kaitlynn’s shadow with a bump:

Congrats to these two!