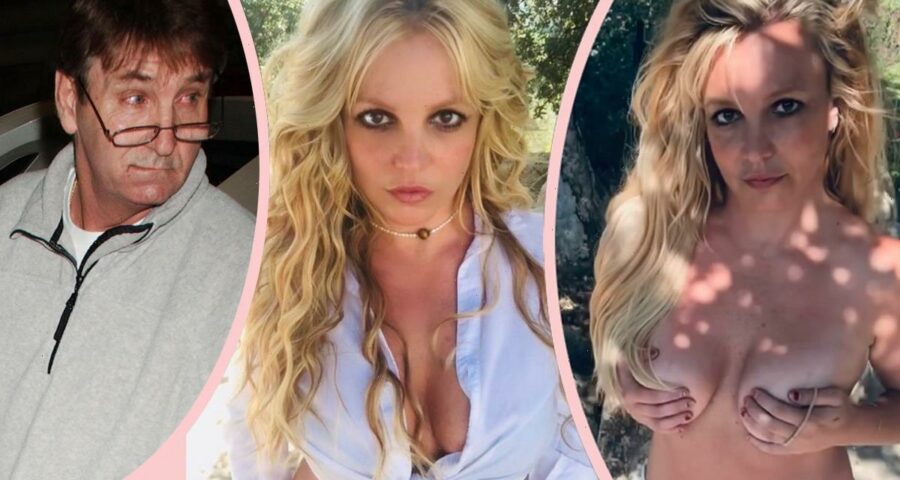 If you’re following Britney Spears‘ legal battle as closely as we are, you no doubt saw her father’s shocking claims on Friday.

Jamie Spears filed legal docs heavily implying the Toxic singer still needed him to stay in control of her conservatorship because she was off her meds and “mentally sick.”

He claimed it was her personal conservator Jodi Montgomery who had clued him in to his daughter’s worsening state, saying she called him with concerns just last month, after her bombshell testimony. He claimed there was even a serious discussion at one point about the need to place Britney under a new 5150 psychiatric hold — which is what happened to her in 2008!

Well, it sounds like some of what he said was true — but he may have twisted Ms. Montgomery’s real worries into something which benefited his own legal case!

At least that’s what Jodi is saying! In a direct response to the filing, the personal conservator has made a statement through her attorney, Lauriann Wright, DENYING the 5150 talk to TMZ, saying:

“Mr. Spears’ declaration misrepresents what Ms. Montgomery said to him in relation to a potential 5150 psychiatric hold for Ms. Spears. At no time did Ms. Montgomery express to Mr. Spears that Ms. Spears would currently qualify for such a hold.”

“The concern that Ms. Montgomery did raise to Mr. Spears during their telephone call is that forcing Ms. Spears to take the stand to testify or to have her evaluated would move the needle in the wrong direction for her mental health. Ms. Montgomery had concerns about Mr. Spears’ recent filings which were seeking for both to happen, neither of which would be in Ms. Spears’ best interests.”

Ooh, that has a very different color to it. The stress of such an ordeal would be rough on anyone and saying that it might be worrying is quite different from how Jamie’s legal team made it sound.

However, the statement next admits that Jodi DOES have real worries apart from the trial stress:

“Ms. Montgomery does have concerns about Ms. Spears’ ‘recent behavior and overall mental health’ as set forth in Jamie Spears Declaration.”

What exactly is concerning her?? We have seen quite a few responses to her recent topless video trend on Instagram (see above, inset) by fans who think this is making her look erratic or out-of-control.

But come on! It’s Instagram, bb! It’s just what hot celebs do!

Jodi does not say what behavior has her worried, though, choosing to keep that to herself now to protect Britney. But she has no problem turning this around on Jamie — and reiterating she absolutely believes HE is making whatever is wrong that much worse:

“Due to medical privacy, Ms. Montgomery cannot go into those concerns with any further detail except to say that having Jamie Spears continuing to serve as her Conservator instead of a neutral professional fiduciary is having a serious impact on Ms. Spears’ mental health.”

Oof! We’re guessing citing Britney’s personal conservator did not work out the way Jamie thought it would!

That’s certainly how Jodi feels, as the end of her statement BLASTS Jamie for misrepresenting her concerns for his own gain!

“Lastly, Ms. Montgomery is saddened that her telephone call to Mr. Spears, made out of genuine concern for Ms. Spears, and intended to re-establish a working relationship with Mr. Spears towards Ms. Spears’ mental health and well-being, is now being misrepresented and manipulated to gain some sort of tactical advantage in the pending proceedings to remove him as Conservator.”

Lauriann adds, in a message directed to Jamie:

“Ms. Montgomery implores Mr. Spears to stop the attacks – it does no good; it only does harm. We all need to focus on one thing, and one thing only — the health, well-being and best interests of Britney Spears.”

Jamie, according to her? NOT looking out out for his daughter’s best interests! The statement says plainly:

“It is in Ms. Spears’ best interests that her father step down as her Conservator, so he can go back to just being Ms. Spears’ father, and working on a healthy, supportive father-daughter relationship.”

Not being vague at all here — guess she’s worried Jamie might try to twist her words! Something tells us this will be the last time she reaches out to the Spears patriarch with anything resembling an olive branch.

One other point of dispute with Jamie’s claim? He claimed Ms. Montgomery is the one who pushed Britney to check into a mental health facility in March of 2019. Remember, Britney said in her testimony that she was forced into that decision.

But Jodi’s lawyer points out she wasn’t even the personal conservator at that time, just a case manager — so it would have been “impossible” for her to have pulled that trigger. She says it was Jamie who got her to sign the papers all along!

What do YOU think of this other side to Jamie’s filing? Do you trust him even LESS now or what??