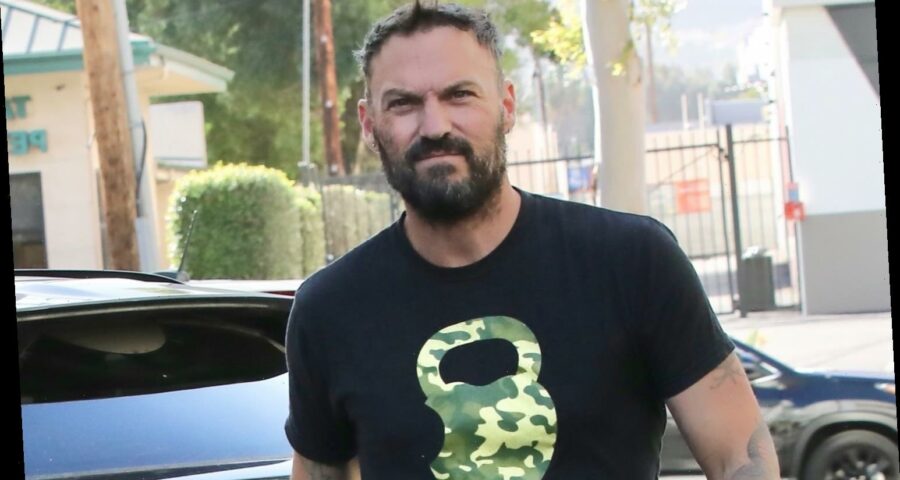 The 47-year-old Beverly Hills, 90210 actor went maskless while walking back to his car after stopping by a store.

PHOTOS: Check out the latest pics of Brian Austin Green

Brian is back in the Los Angeles area after going on a romantic vacation to Hawaii with his new girlfriend, Dancing With the Stars pro dancer Sharna Burgess. The new couple went Instagram official last week by sharing a photo of themselves kissing at their hotel.

You can currently catch Brian as a judge on the new Fox series The Masked Dancer, which airs on Wednesday nights on Fox. He was a contestant on the most recent season of The Masked Singer.