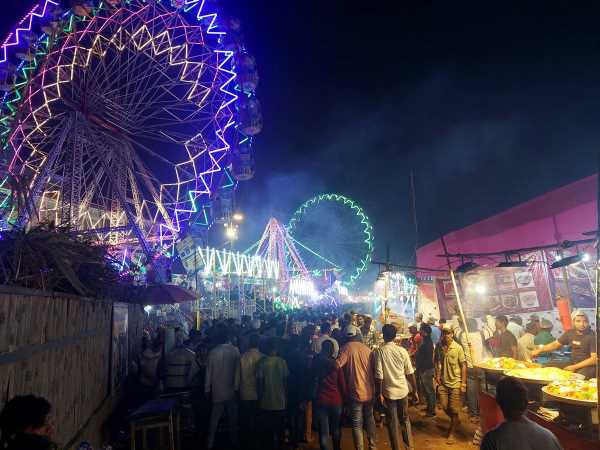 Colourfully lit up giant wheels take revellers up to the night sky and quicky turn towards the earth again; their passengers screaming with joy and maybe a little fear.

Game stands beckon passers-by, inviting them to try their luck.

Vendors weave between the visitors, peddling their wares.

The aromas from various food counters twist in the air, curling their way towards appreciative nostrils, causing a sudden burst of saliva in the mouth and a rumble in the tummy.

And outside a tall, carefully erected wooden structure, one can hear the revving of bikes as daredevil riders get ready to conquer the Maut Ka Kuan (well of death).

After two years, the Mahim Fair — a 10-day event held annually in honour of Makhdoom Shah Baba — is back.

The Mumbai police had, as they do each year, made the first offering to the 14th century Sufi saint, Makhdum Fakih Ali Mahimi, whose grave is enshrined inside Mumbai’s Mahim dargah in north central Mumbai.

The fair, which began on December 8, will go on till December 17. 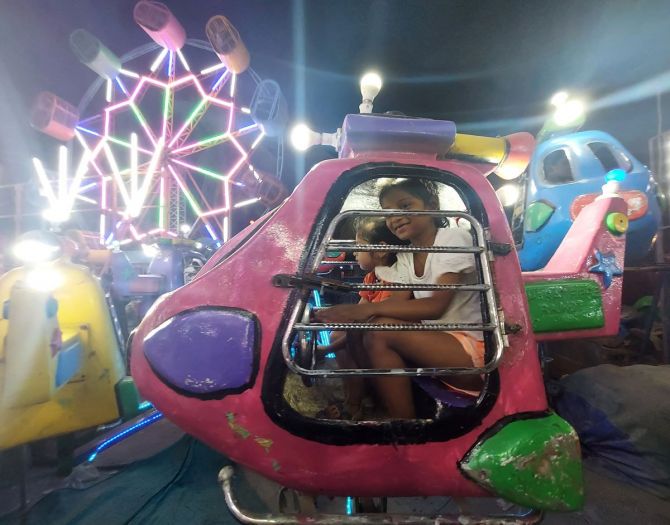 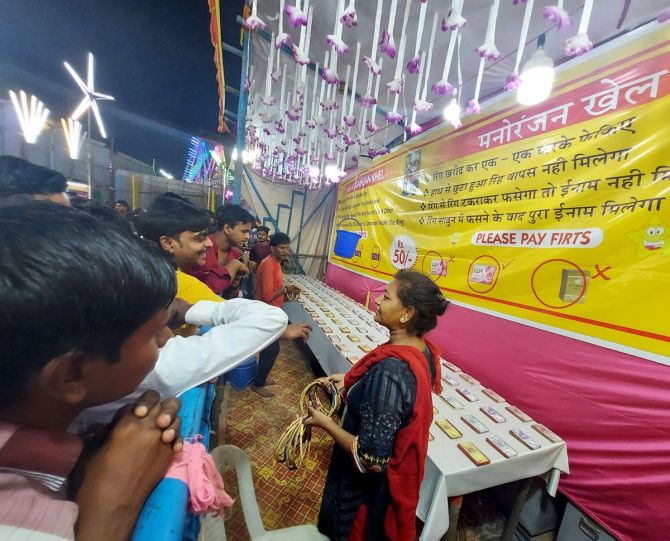 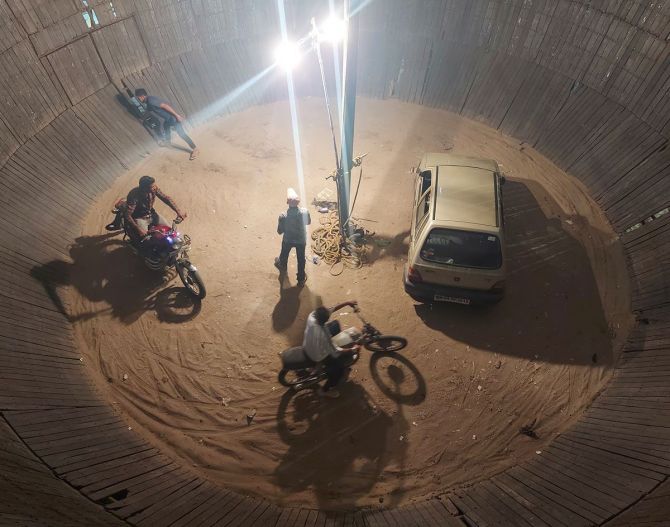 Watch: The riders defy gravity to collect their reward! 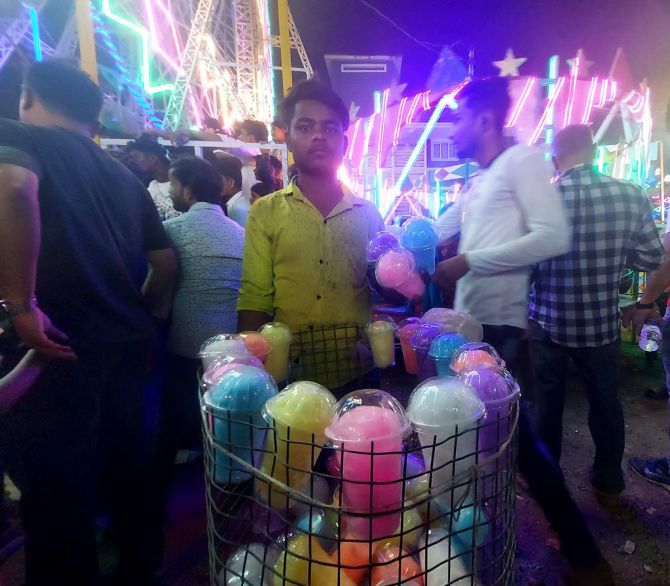 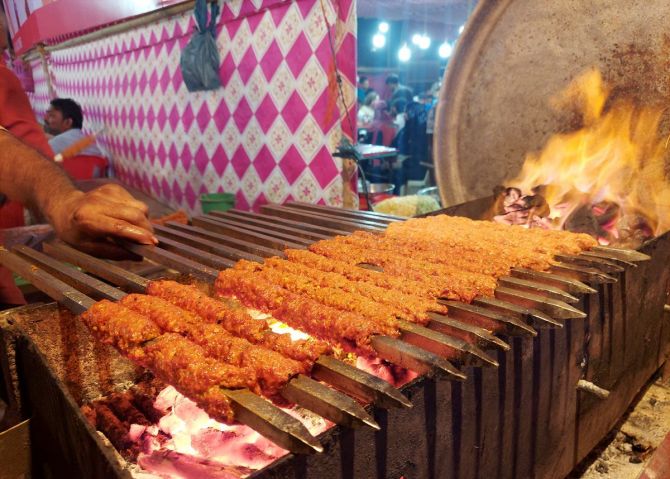 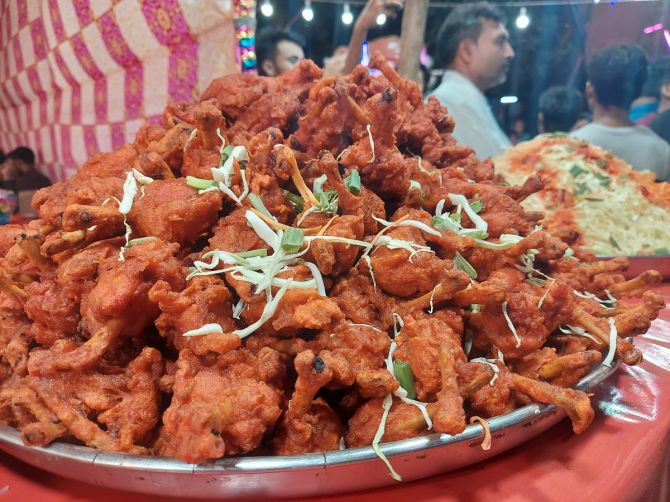 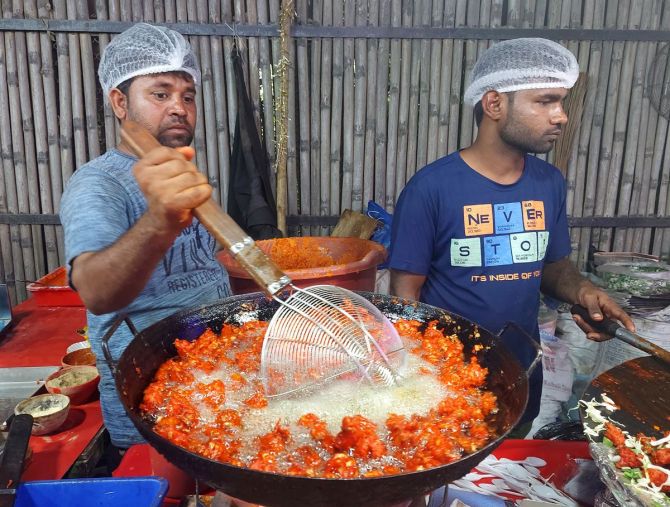 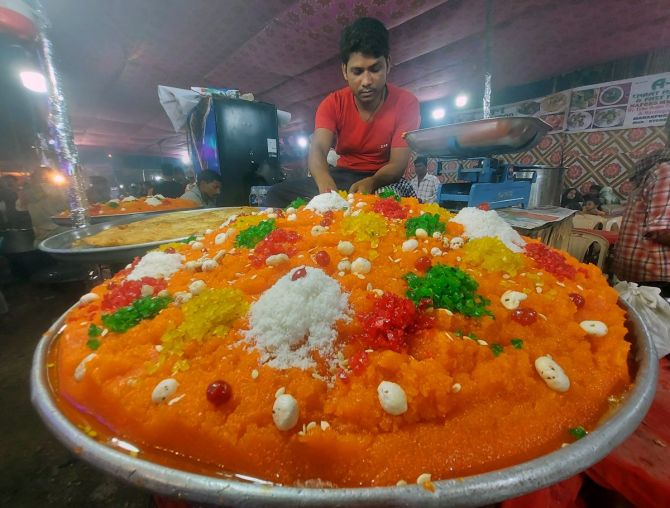 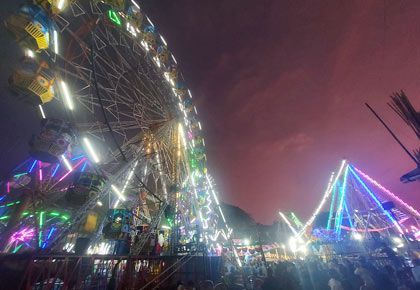