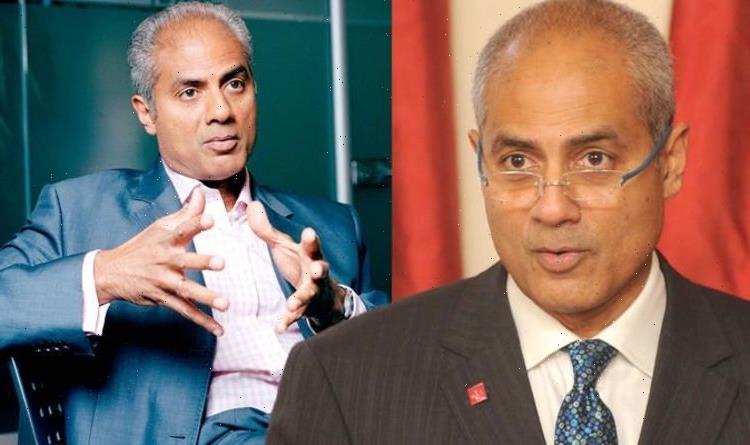 George Alagiah on living with COVID-19 and cancer

George Alagiah was first diagnosed with stage four bowel cancer in April 2014. The BBC newsreader has now said the disease will “probably get me in the end”.

Probably… it will get me in the end

However, the 66-year-old feels “lucky” for the life he has lived.

In a new interview with Craig Oliver, for the former Downing Street director of communications’ podcast Desperately Seeking Wisdom, George opened up about living with the disease.

He commented: “I don’t think I’m going to be able to get rid of this thing.

George said his doctor was “very good” at giving him “a big red bus full of drugs”.

The small screen regular continued: “The whole point about cancer is it bl**dy finds a way through and it gets you in the end.

“Probably… it will get me in the end. I’m hoping it’s a long time from now, but I’m very lucky.”

The broadcaster said it took him a while to understand what he “needed to do” when he was first diagnosed.

“I had to stop and say, ‘Hang on a minute. If the full stop came now, would my life have been a failure?'” he questioned.

“And actually, when I look back and I looked at my journey… the family I had, the opportunities my family had, the great good fortune to bump into [Frances Robathan], who’s now been my wife and lover for all these years, the kids that we brought up… it didn’t feel like a failure.”

George has been married to Frances since 1984 and they are parents to Adam and Matthew.

It was in June 2020 he said the cancer had spread to his lungs, liver and lymph nodes, and he has since taken a break from TV.

The time since his diagnosis has allowed George to reflect on having to be vulnerable.

Asked what piece of wisdom he would give, he added: “I think it would be to constantly ask the question, ‘What is it we can do together?’

“I spent a lot of my time in Africa, and in South Africa they have a word: Ubuntu. It’s the idea that I’m only human if I recognise the humanity in you.

“There’s this collective notion of life which I think we have lost.”

George has had an illustrious career as a journalist.

As a foreign correspondent for the BBC, he reported on events including the Rwandan genocide and interviewed Nelson Mandela and Archbishop Desmond Tutu in his role as a specialist on Africa and the developing world.

From December 2007, he was the presenter of the BBC News at Six and was previously the main presenter of GMT on BBC World News.