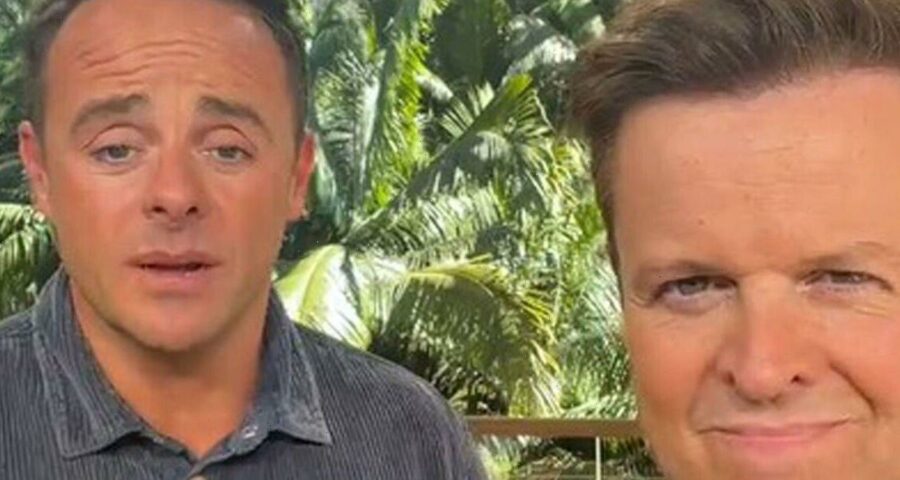 Ant and Dec joke about Matt Hancock entering the jungle

I’m A Celebrity… Get Me Out Of Here! hosts Ant and Dec are heading back to London following their month-long stint in Australia for the first time in three years. Reflecting on the series, Ant said the latest stint was the “best series for years” but refused to comment on controversial contestant Matt Hancock.

The MP shocked viewers by getting to the final three of the show, despite odds suggesting he’d be the first one out.

Speaking to The Mirror’s Mark Jefferies, Ant said of the show: “Yeah it was the best for years. Loved it. Absolutely loved it.

“A good winner in Jill, she is great isn’t she? I think her or Owen, he would have really loved the win, but we were all really happy she won and would have been if it was vice versa.”

Dec added: “They were a really great bunch.

“There were lots of laughs, I love [Boy] George and Seann [Walsh] and Babatunde [Aleshe] and I just thought there was a really lovely bunch this year.”

Quizzed about Matt Hancock, he added: “Yeah, well that was an interesting one, wasn’t it? Yeah, he did very well in there. Obviously coming third.”

Asked if he was nervous about interviewing him, he went on to say: “It was a bit of a different one, but no, not very nervous because, you know, it was all within the context of the show. So yeah, that was really interesting.”

Ant would not be drawn on his opinions about MP Hancock, who was paid a reported £400,000.

Asked what he thought of the ex Health Secretary, he grinned and said: “I just think the whole series has been good, you know. It’s been great.”