Angelina Jolie has made another gorgeous red-carpet appearance.

The Maleficent actor chose a celestial look styled by Jason Bolden to walk the carpet at the Eternals premiere for the 2021 Rome Film Fest. In the pics from the premiere, her custom Atelier Versace gown resembles molten silver, with draped detailing at the strapless neckline and a gathered knot at the hip.

Her only accessories were a pair of drop earrings and rings by Vhernier, and she wore her hair straight down her back. 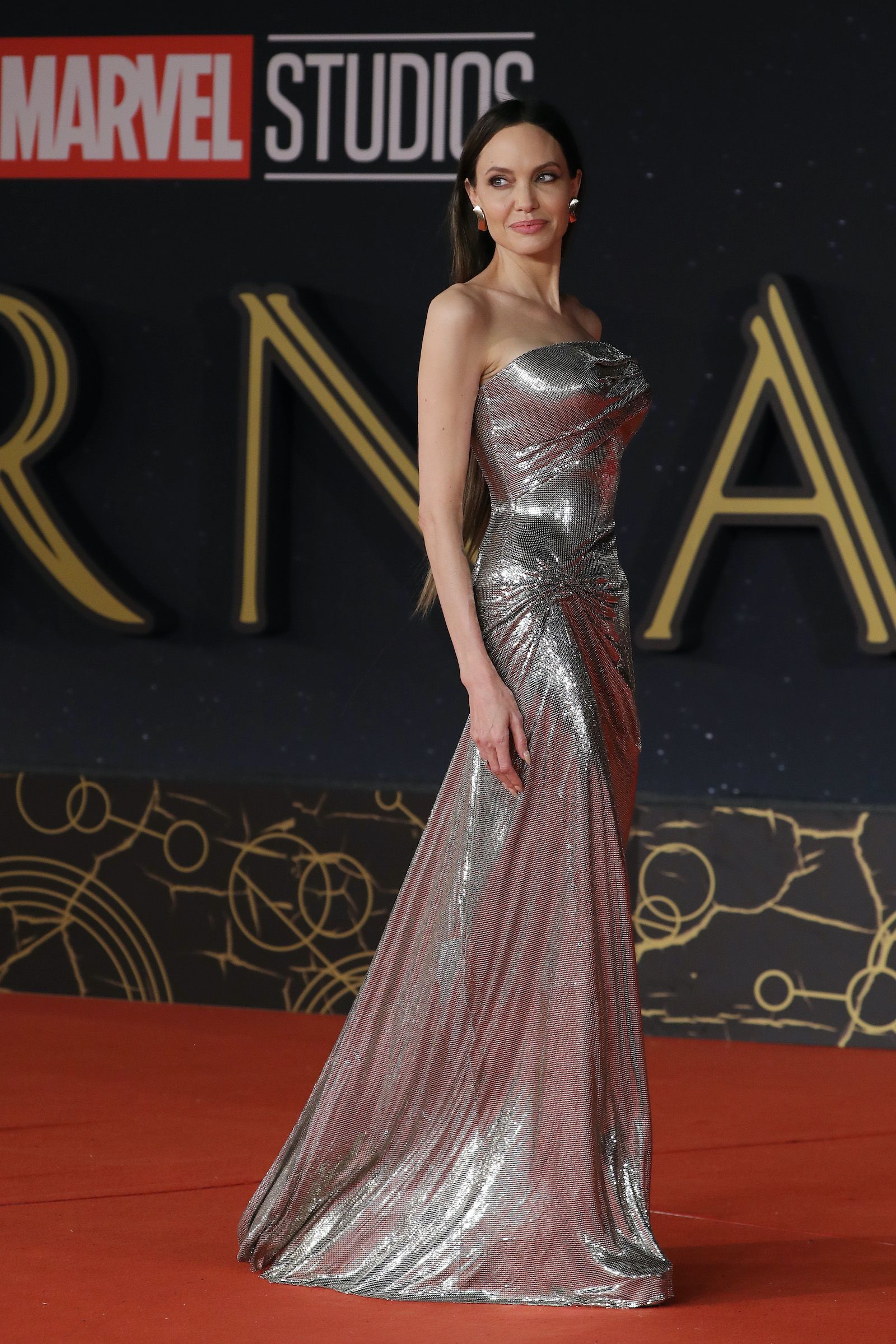 Jolie’s oldest daughters, Zahara, 16, and Shiloh, 15, joined her at the event; the family held hands as they posed for photos. The girls’ outfits complemented their mother’s, with Zahara donning her own goddess gown, a white-and-gold vintage dress from L.A. boutique Catwalk Designer Vintage. Shiloh wore a black flared dress, also by Versace, paired with yellow-and-black spotted sneakers. 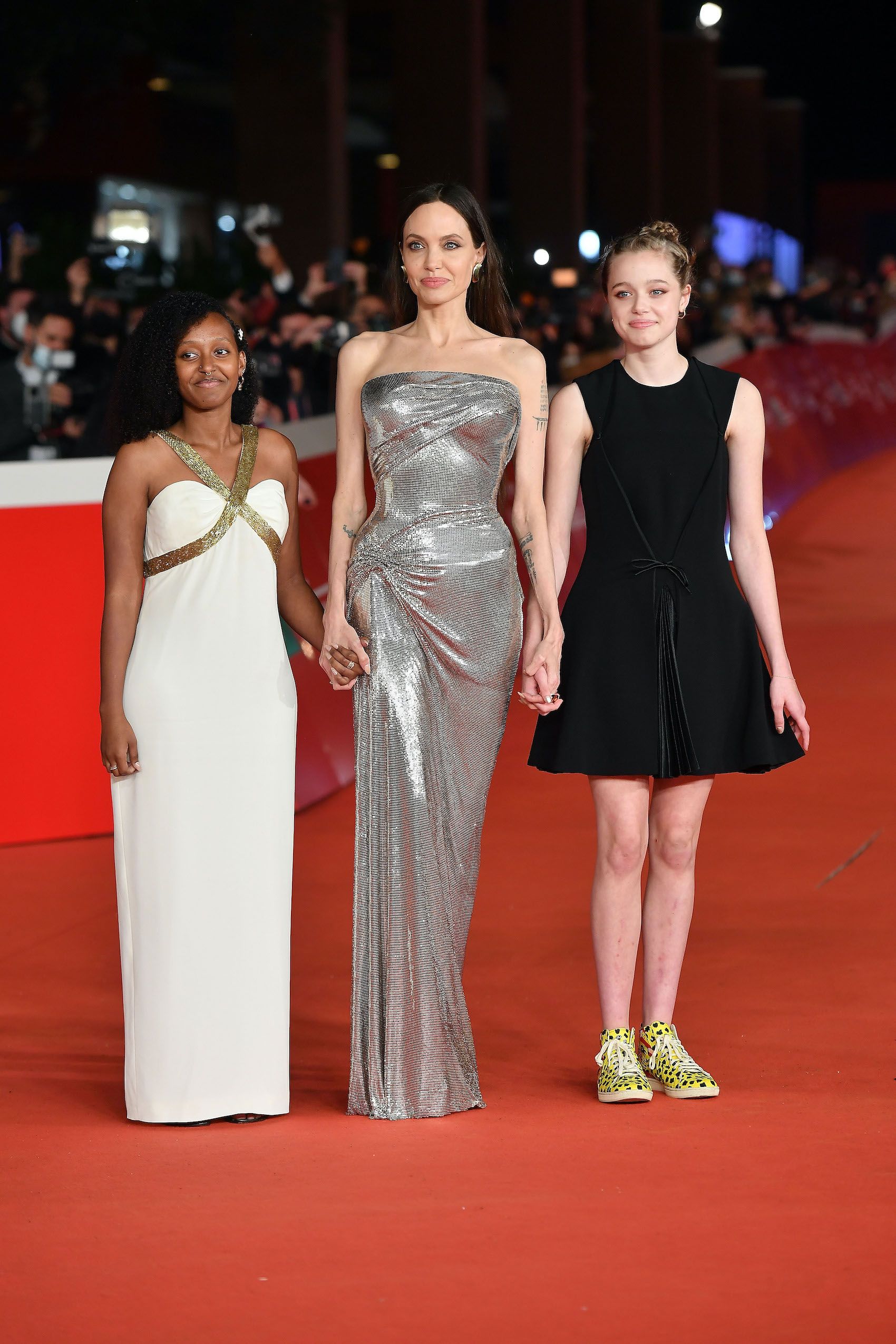 The mother of six’s other children—sons Maddox, 20, and Pax, 17, and twins Vivienne and Knox, 13—were not photographed at the Rome event. Maddox, Vivienne, and Knox did make appearances at the film’s premiere last week, however, with the whole family wearing vintage and upcycled outfits. Zahara even wore her mom’s Elie Saab Couture gown from the 2014 Academy Awards. 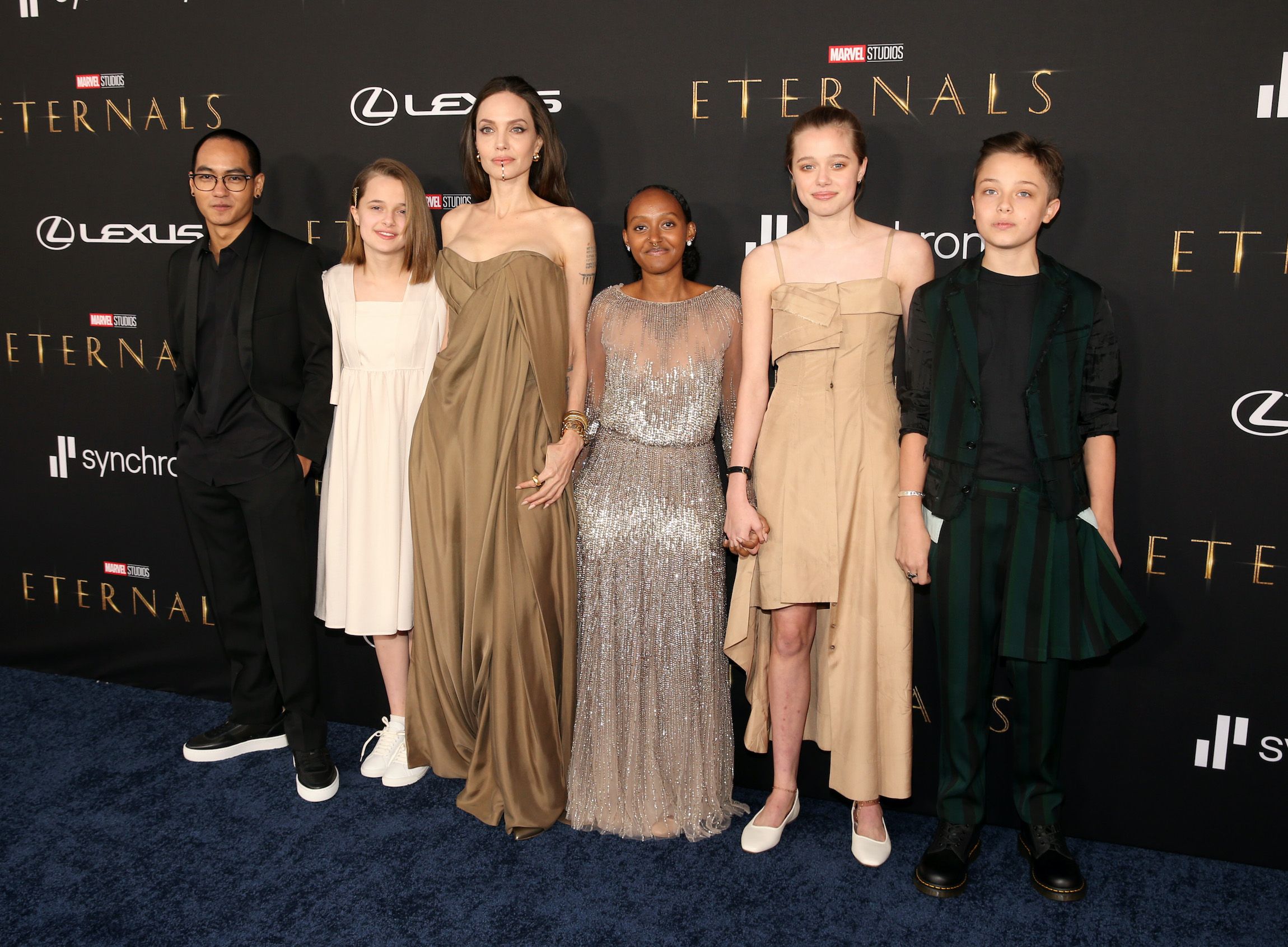 Jolie’s goddess seems to take inspiration from her character in the new Marvel movie, in which she plays Thena, an immortal warrior who bears some similarity to the ancient Greek goddess Athena in the comics. Her abilities are powered through cosmic energy and include flight, superhuman strength, and speed.