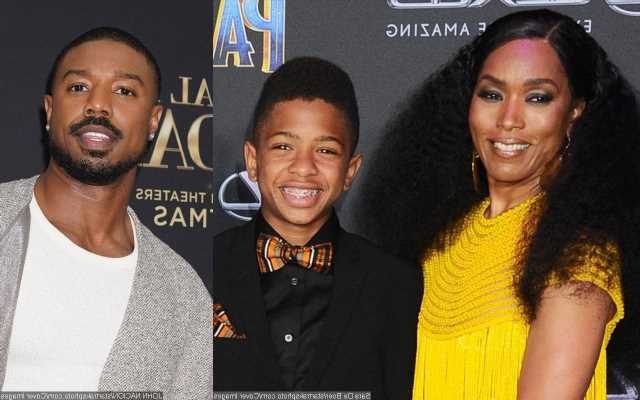 AceShowbiz –Angela Bassett is enjoying quality time with her family despite her son Slater Vance recently catching heat for his prank. The actress’ 16-year-old son was hit with backlash for partaking in a viral TikTok trend of faking celebrity death, this time his mom’s “Black Panther” co-star Michael B. Jordan‘s death.

On Sunday, January 1, the Queen Ramonda depicter in “Black Panther” posted a photo from her New Year’s Eve celebration with her family. “Hey Everybody you good? Happy New Year from our family to yours! May ALL your dreams come TRUE & ALL your blessings OVERFLOW!” she captioned the image that saw her sporting a huge grin alongside her twin children, son Slater and daughter Bronwyn Vance, and her husband Courtney B. Vance.

The post came after Angela’s son Slater sparked controversy on social media with the celebrity death prank. In a since-deleted clip, Slater filmed his parents’ reaction to the fake news that Michael died.

“Did you hear this…Michael B. Jordan dead at 35?” Slater asked her parents in the short TikTok video. Angela was speechless as she put her hand over her chest while her jaw dropped. Courtney could be heard telling his son, “Stop it. You’re playing,” as Angela rushed toward her teenage son repeating, “Unh-uh.”

Angela later reached for her son’s phone before the snippet came to an abrupt end. The trending prank was particularly unsavory because Angela dealt with the tragic loss of another “Black Panther” costar, Chadwick Boseman, not long ago.

After deleting the video, Slater shared an apology, stating, “I would sincerely like to apologize for taking part in such a harmful trend.” He continued, saying, “I apologize to Michael B. Jordan’s entire family, his extended family and Michael directly as he is an idol of mine and taking part in a trend like this is completely disrespectful.”

“I don’t wish any bad ramifications of my actions upon his family nor my parents as they deserve none of the backlash,” he continued. “I own this was a mistake and I hope this can be a teaching lesson to anyone else who uses social media as a tool and a source of entertainment to truly understand that your actions can have consequences that extend beyond you.”

Slater wrapped up the video saying, “I apologize for any hurt that my actions might have caused Mr. Jordan or my parents or anyone else who could have been involved in this, and I am truly, truly and sincerely sorry.”