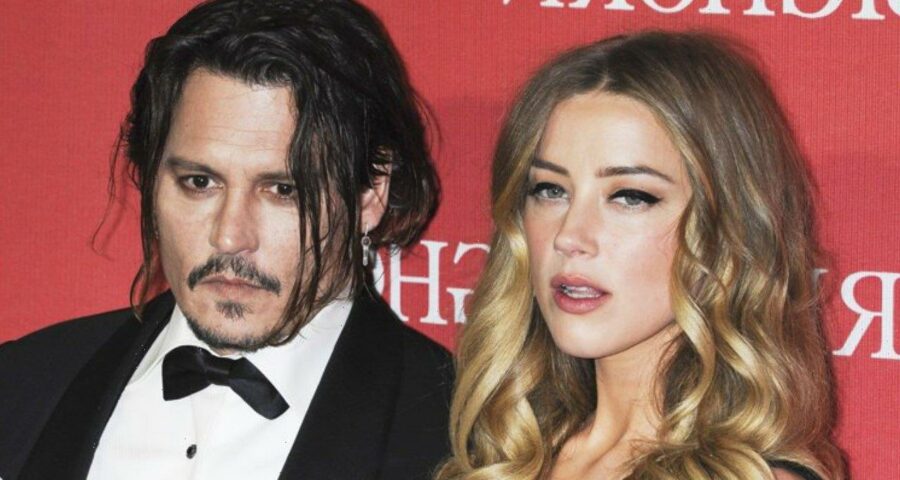 During the trial of their $50 million defamation suit in Fairfax, Virginia, the ‘Aquaman’ actress accuses her ex-husband actor of trying to dictate what roles she would take.

AceShowbiz –Amber Heard has accused Johnny Depp of trying to impede her career. During the second day of her testimony in their ongoing legal case in Fairfax, Virginia, the “Aquaman” actress made the claim by accusing her ex-husband of trying to dictate what roles she would take.

Recalling one particular incident, the 36-year-old actress told the court on Thursday, May 5, “I read the script and thought this character was empowered sexually and by the time I got Johnny’s feedback on it, I had been convinced that, actually, I was just being used. I was just being used. It was clear that was all I had to offer, and I was too foolish to see it.”

Heard claimed that Depp wanted her to quit acting entirely. The “London Fields” actress also felt under pressure to justify her career choices to the 58-year-old actor. “It was hard for me to work, justify working. Every audition, every meeting, every script I got was a negotiation or a fight,” she explained.

“I had to justify it as if I was to say, ‘Hey, let’s have an open relationship,” she added. “I thought that would be minimized if I could make him feel more secure.”

The former couple actually met while making the movie “The Rum Diary“, and the actress explained that she’s always wanted to work and to progress in her career. She shared, “I’ve always been really independent, and I never imagined not working.”

“I’ve worked from the earliest time I can imagine. I come from parents who worked until they literally couldn’t anymore,” she continued. “I never imagined myself having to explain my job or justify my job. But I did.”

Heard claims she was forced to “bargain” with her ex-husband, who is suing her over a 2018 op-ed in which she claimed to be a survivor of domestic abuse, about her career decisions. She said, “He would say, ‘You don’t have to work, kid. Let me take care of you. My woman doesn’t have to work.’ That sounds really sweet and really romantic in some way, but it became a real fight.”