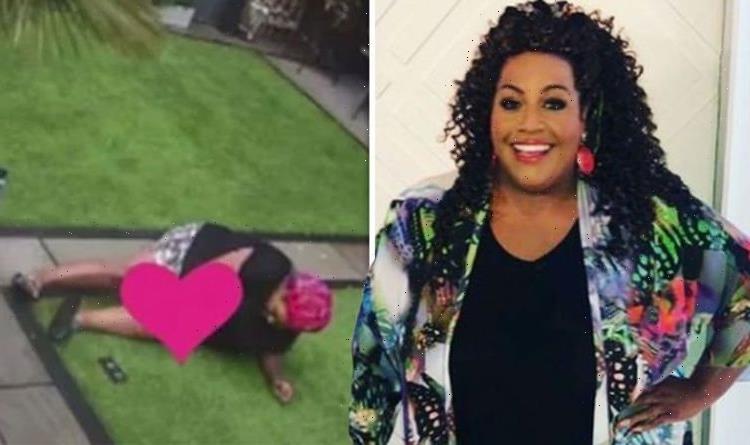 Alison Hammond reveals she had to go to hospital after fall

This Morning presenter Alison Hammond, 46, has taken to Instagram to reveal the results of the drastic transformation she had planned in her garden. Alison decided to make the changes after she fell on her garden path back in July, as rainy weather had made the surface very slippery.

The star sustained a painful leg wound following her accident and had to go to hospital.

Alison’s garden makeover focused on the installation of a more textured path, preventing any further tumbles.

Sharing the before and after transformation in view of her 937,000 followers this evening, Alison’s outdoor space looked shiny and new.

She captioned the video tour of her garden: “So after my Fall in my Garden I decided to have a Path Make-over .

Alison admitted that the move may be seen as an overreaction to her fall for some, but insisted she was trying to prioritise her safety.

Fans took to the comments section of Alison’s post to share their thoughts on her new garden space.

One person wrote: “Love your new garden make over Alison.”

Another added: “Oh my, garden goals right there.”

A third fan commented: “Now be careful not to slip!”

It comes after Alison’s This Morning co-stars Phillip Schofield and Holly Willoughby quizzed her on how she was doing following her unfortunate fall last month.

Phillip asked Alison: “You’ve got to be careful in your garden at the moment because you tore the path up?”

The former Big Brother star admitted: “I do, I’ve still got my little plaster on.”

Pointing at her bandaged knee, Alison revealed that her wound hasn’t healed yet and it has been “quite difficult to repair”.

Alison then revealed her garden was a “mess” at the time, because her awkward fall prompted her to make some changes to the path she slipped over on.

She giggled: “It’s a major overreaction. Literally, my garden’s an absolute mess now because I want something with a little bit of texture.”

The trio also had a giggle about Alison’s wardrobe malfunction during her tumble, as she had decided to go without underwear that day.