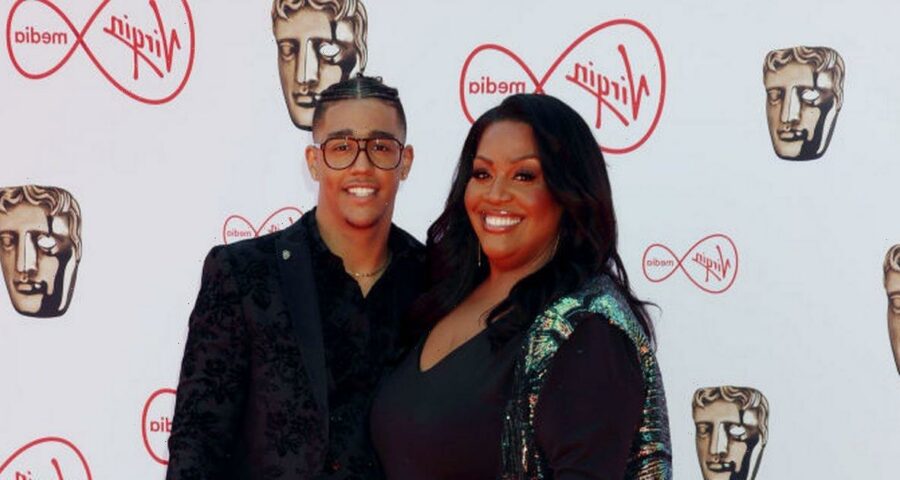 This Morning Friday presenter Alison Hammond looked incredible on the red carpet at the 2022 BAFTA TV Awards on Sunday.

The 47 year old, who has received a nomination in the entertainment performance category, alongside the likes of Graham Norton and Joe Lycett, brought her beloved 16 year old son Aidan along with her for the event.

She looked amazing in a full-length black dress that she glammed up with a sequinned kaftan which she swirled around as she posed for the cameras.

She wore her dark hair in loose curls that framed her face and her makeup looked perfect with black eyeliner, fluttery black lashes and a slick of nude gloss.

Her French manicured nails featured a pop of colour with funky blue tips and she donned some delicate drop earrings to complete the look.

Announcing her BAFTA nomination in March, Alison clutched a BAFTA and looked shocked in a sweet selfie.

She wrote: “I mean a @bafta Nomination was not the first thing I thought today was going to bring , I am absolutely BUZZING !

“Our worth should not be measured with awards and trophies , however I have felt how heavy a Bafta is and would really love it to keep my kitchen door open”.

Speaking to Virgin Radio host, Vick Hope, on the red carpet on Sunday, Alison told her: “I actually want to be you, I want to be this woman,

“So it’s really weird to be, like, on the other side.”

When asked by Vick: “How does the nomination feel, is it like a shock?”, Alison replied: “It’s a lovely nomination,

“I say it all the time though, no one should be defined by awards and things like that, but it’s nice to be recognised isn’t it?

“You know, I’ve been in the industry 20 years now, so to be recognised, just to be nominated is an absolute pleasure”.

She continued: “You know, there’s been a lot of graft,

Speaking about her son, Aidan, Alison said: “I’ve got my son here today, you know, with this, with working in television and stuff comes sacrifices, you know, I haven’t always been been there for my son, so this is a wonderful recognition, and I’m so honoured that the BAFTA’s nominated me really”.