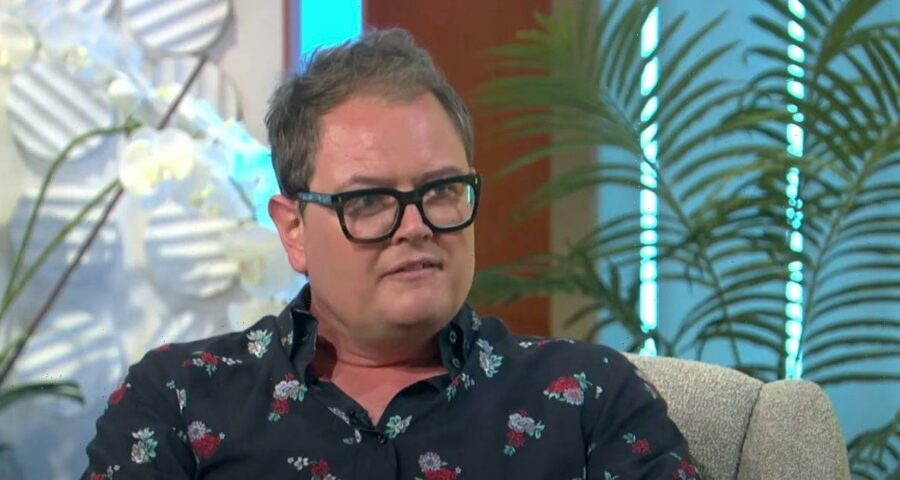 Alan Carr and his ex-husband Paul Drayton are heartbroken after the death of their dog Bev.

The TV presenter and his ex-partner Paul shared the news on social media yesterday that they had made the “hardest decision” to end Bev’s life.

Together the pair had two Irish red Setters called Bev and Joyce who became stars themselves when they appeared on Hollyoaks with Alan in a cameo.

Paul described ending Bev’s life an “act of love” and said the beloved pet was “the best companion”.

He wrote on Instagram: “It is with a heavy broken heart that myself and Alan @chattyman had to make the hardest decision to make our last act of love and let our Bev go.

“She has been the best companion I could have hoped for. She has been my rock and saviour on many many occasions and I cannot begin to tell you how much we will miss her."

The post continued: "We spent her last afternoon altogether in the garden of my new home, laughing, chatting and reminiscing on how much joy she brought to our lives, which is what I wanted her to feel and share.

“For all you pet owners out there, give them a kiss and hold them tight and tell them you love them. RIP my angel.”

Alan and Paul were married for three years and together for 13 years in totalbefore they split in January.

A statement from Alan’s representative at the time read: “After 13 years as a couple and three years of marriage, Alan Carr and Paul Drayton would like to announce they are separating.

“They have jointly and amicably made the difficult decision to divorce and go their separate ways.

"We request that their privacy is respected at this sensitive time.”

When they were together, they shared posts on Instagram of them taking the dogs out and getting up to mischievous antics in what will now be precious memories for the pair.

Paul revealed in January that he checked himself into rehab after their split but that they both continued to have love and friendship for each other. He wrote on an Instagram post announcing their split in January: “It is with great sadness that I share the news that Alan and I have jointly decided to end our marriage.

“This decision has been very difficult for us both and we part ways with great memories and continued love and friendship for each other as we go our separate ways.

“As part of my own journey, I proactively checked myself into a rehabilitation facility at the turn of the new year in order to get the help and support I need during this challenging time.”