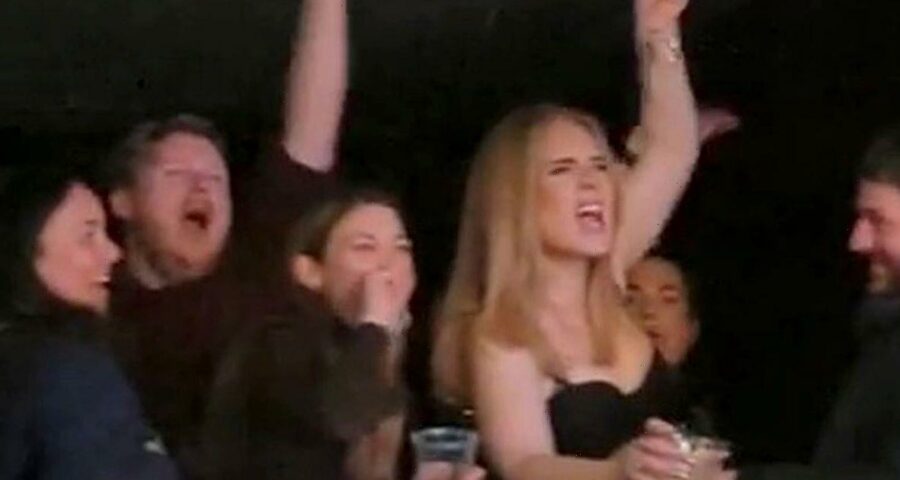 Adele has celebrated her three Brit Awards 2022 wins in the best way possible – by heading into London's iconic Heaven nightclub.

Easy On Me hitmaker Adele sang along to Weather Girls' It's Raining Men as she partied with some pals in the VIP section before getting on stage to show off her own dance moves following a strip show.

Joining Drag Race RuPaul UK's Cheryl Hole on stage, she spun around the pole and then gave a verdict on who won the show.

Cheryl, who later shared photos of them together on her social media, then asked her if she could sing a song at her next special instead of comedian Alan Carr, to which Adele responded: "100 per cent!"

An onlooker told the Daily Star: "Adele was absolutely loving the event. She was having a great time with friends and loved watching the show.

"After the contest was over she stormed the stage and the crowd went wild. No one was expecting a music icon to be there."

Fans flocked to Twitter to gush over Adele and her surprise appearance at the nightclub as one person wrote: "HAHAHAHAHA SHE’S SO CRAZZZY, I LOVE HER".

The singer's night out comes just two days after she won three gongs at The Brit Awards and dedicated the final win, for Album of the Year, to her ex Simon Konecki, 47, and their nine year old son Angelo.

After performing her now iconic song I Drink Wine, she shared: "I would like to dedicate this award to my son," as she held back tears. "And to Simon, his dad, this album was all of our journeys."

For all your updates on Adele, sign up to our daily OK! newsletter.