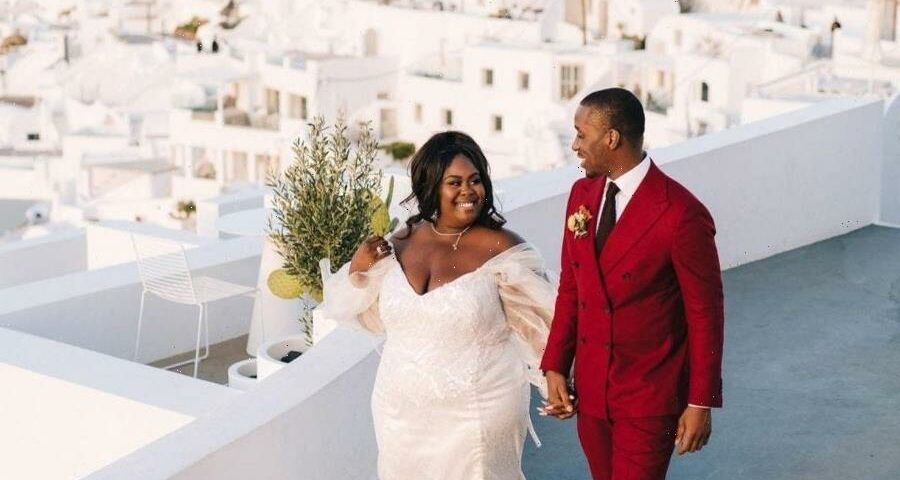 Actress Raven Goodwin of Good Luck Charlie, Being Mary Jane and The Clark Sisters: First Ladies of Gospel fame is celebrating an important anniversary. Wearing a gown made by designer Christian Omeshun, she said “I do” with longtime love Wiley Battle in October and just rang in their one-month anniversary. The star and her financial executive beau exchanged vows in a ceremony in Santorini, Greece with only an officiant, photographer and their daughter, Riley, present.

By the way, “koúkla,” meaning “doll,” is an affectionate Greek term for a little kid.

Goodwin gave some insight into how she and Battle met as the caption to a series of photos from their wedding day. “I physically bumped into Wiley at #spelhouse @spelman_college @morehouse1867 tailgate on 10-29-2016 and the rest is history,” she wrote on Instagram. Cheers to the law of attraction!”

The couple became engaged in 2019. They welcomed their daughter, Riley, in 2020.

“I’m so thankful to be carrying a healthy baby girl who’s energy has been nothing short of strength,” she said last year before giving birth. “I love you baby girl! To my life partner and best friend, you are going to be a beautiful father seeing you and her together will heal me in more ways then [sic] you know!”

They’ve been a relatively low-key pair since they began dating and the fact that you’re learning about their marriage a month after it happened is a testament to that. We love that they protect their relationship and that doing so allowed them to get to this joyous point. Congratulations to the Battles!