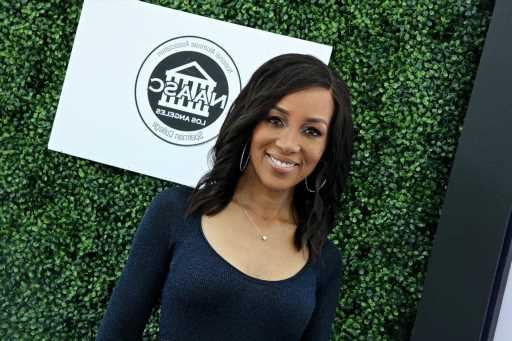 Shaun Robinson has created quite the reputation and career for herself. Through her work as an actor, television host, and broadcast journalist, Robinson has won over the hearts of viewers and fans everywhere. The Detroit native is best remembered for her acting roles in films like America’s Sweethearts and Bruce Almighty. More recently, Robinson’s followers probably recognize her as Kris Kensington from the television series 90 Day Fiancé. Take a closer look at what the celebrity has shared about her work and the shocking details behind Robinson’s “me too” moment.

Forbes recently published a feature celebrating Robinson’s successful career, ambition, and determination. In “The Secrets Of Successful Women: Broadcast Journalist Shaun Robinson”, the celebrity shared some insight and advice on her journey and work. Many of Robinson’s fans know her from hosting the drama-filled Tell-Alls for TLC’s90 Day Fiancé, but her career began much before then.

Forbes called Robinson a “trailblazer” and rightfully so. Being prepared and having an open mind are just two of the many staples to the star’s success. One of Robinson’s biggest pieces of career advice that she shared in the cover was the power and importance of perseverance. During the initial years of Robinson’s broadcasting career she faced a lot of rejection, but she never let that stop her.

Another important message that Robinson told Forbes was the significance of reclaiming your power. Some of Robinson’s fans and followers were surprised to hear the celebrity had experienced her own “me too” moment. While working for a station in Detroit, Robinson found herself being subjected to physical advances made by the owner. When she made it clear that she wasn’t interested, this resulted in her receiving a demotion. In Robinson’s Forbes’ feature it becomes evident how easily this traumatic event could have derailed Robinson’s dreams and career, but, luckily, she was able to persevere.

Access Hollywood Veteran Shaun Robinson reflects on her ‘me too’ moment

The unsettling reality behind Robinson’s “me too” moment is that there was nowhere she could turn to for professional help and assistance. As the celebrity explained, “There was no recourse for me—no HR department you could report to.” However, just because there was no way for Robinson to address the issue did not mean she was going to stand for it. The star went on to explain that one day she left for lunch and simply never returned.

She continued to fight for and earn the opportunities that eventually put Robinson on the map. With a net worth of around $2 million, it definitely seems like Robinson knows what she is doing. Though it is hard to think about the situations and circumstances she faced in the former years of her career, Robinson never stopped chasing her dreams and is an excellent inspiration for so many. Looking ahead, it is likely that Robinson’s fans and followers won’t be disappointed.

How to get help: In the U.S., call the RAINN National Sexual Assault Telephone Hotline at 1-800-656-4673 to connect with a trained staff member from a sexual assault service provider in your area.