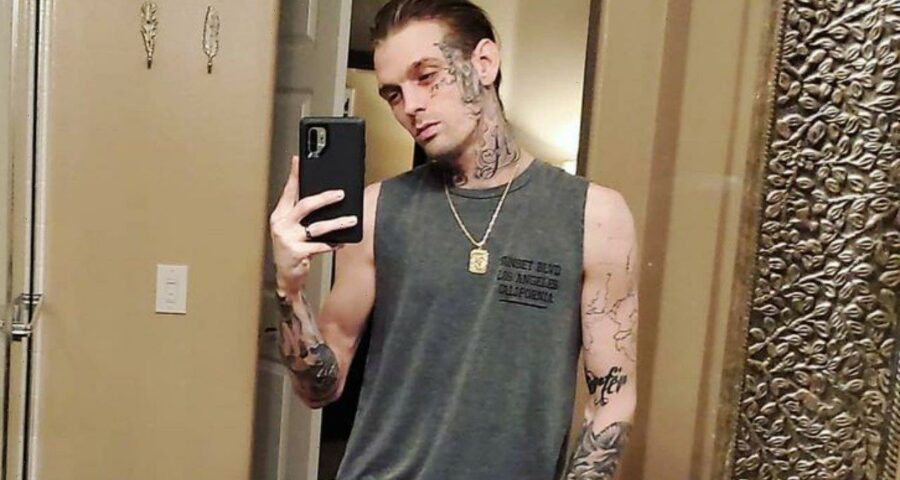 In a new interview with The Sun, the 34-year-old singer reveals that he ‘enrolled into Lionrock Recovery outpatient’ because he doesn’t want to ‘smoke weed anymore.’

AceShowbiz –Aaron Carter will do anything to bring his toddler son Prince back home. In an interview with The Sun, the “I Want Candy” singer revealed that he has checked himself into an outpatient rehab program after losing custody of the 9-month-old baby boy.

The 34-year-old made the revelation when speaking to the outlet through a video call. The musician, who has been open about getting help and trying to stay on the wagon, stressed that “there is no reason to hide” an addiction.

Noting that it is his fifth time in rehabilitation, Aaron revealed, “I haven’t had any relapses or anything like that.” He went on to note, “It’s just triggers are big right now for me [and] I want my son back.”

“The main reason why I enrolled into Lionrock Recovery outpatient is to help with the weed. I don’t want to smoke weed anymore. I don’t really need to,” he added. “I have a medicinal marijuana license to grow up to 99 plants a year. But I threw away all that gear, I sold all of it, got rid of all my plants and my strains I was growing.”

Aaron additionally shared, “It’s an abstinence program and I work with an individual counselor… I do group therapy, parenting classes, domestic violence classes, I got myself certified in CPR, just a lot of different things.” He continued, “It’s new being a parent but it’s actually become really fun and exciting and given me a new chapter of my life. It’s been amazing.”

In the interview, Aaron was joined by his fiancee Melanie Martin. The pair got back together though he previously declared that he had no plans to reconcile with Melanie after she falsely accused him of being abusive.

At this time I cannot say that we are going to be back together,” he told The Blast in March. “I understand that my ex is taking back what she said and dropped all charges but what was alleged will never go away.”