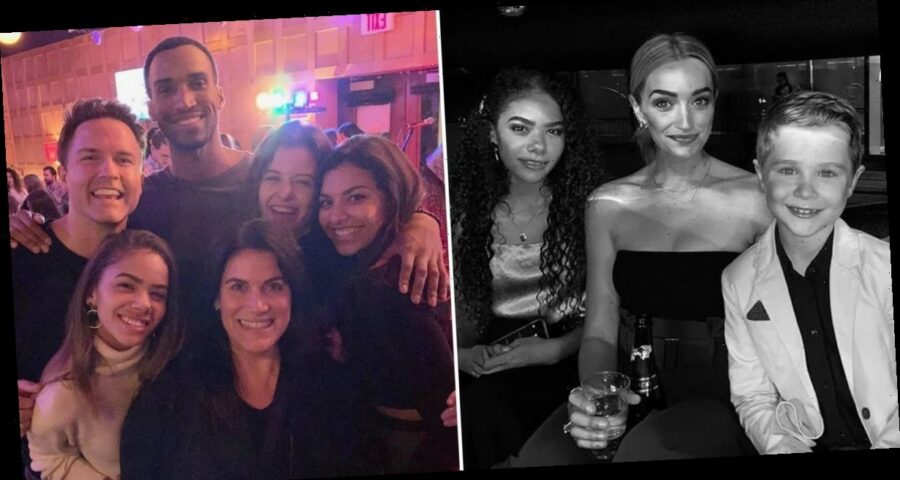 After a full year of saying “Yes I’m still watching” to my TV screen, I’m no longer surprised that Netflix knows how to expertly feed into my binge-watching habit. All it takes is a talented cast with chemistry, as evidenced by Ginny & Georgia, the streaming service’s popular new series. The show focuses on a mother-daughter duo (played by Antonia Gentry and Brianne Howey) and the relationships they make after moving to a New England town. Their friends — brought to life by actors Felix Mallard, Sara Waisglass, Scott Porter, Raymond Ablack, Katie Douglas, Jennifer Robertson, Chelsea Clark, and more — set the foundation for lessons about life and love. To achieve that kind of connection, the costars needed to have a strong bond on- and off-screen.

As Sara put it on Instagram, “In this cast, we lift each other up.” She might’ve been joking with her punny comment (the cast was literally lifting Katie in the photo), but I like to believe there’s a kernel of truth there. The adorable photos taken behind-the-scenes certainly suggest a fun filming experience and lasting friendships. Check out a view of the sweet shots from when Ginny & Georgia filmed in 2019. Here’s to hoping fans get to see even more in a yet-to-be-announced second season.