As Ben Brandon, the lawyer representing the United States ran through a summary of the accusations against him including that he had cracked a US defence network password, Assange, who appeared at the hearing at court by video link said, "I didn't break any password whatsoever." 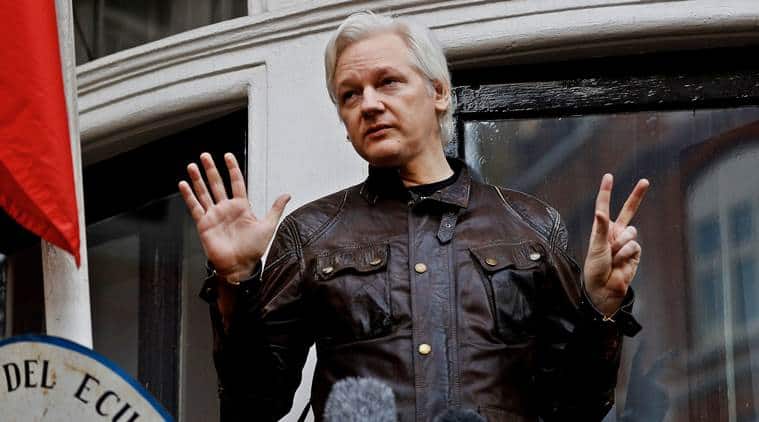 A London court on Friday ruled that Wikileaks founder Julian Assange’s full extradition hearing to decide whether he should be sent to the United States will take place in February 2020. As Ben Brandon, the lawyer representing the United States ran through a summary of the accusations against him including that he had cracked a US defence network password, Assange, who appeared for hearing at the court by video link said, “I didn’t break any password whatsoever.”

Assange, 47, is accused of conspiring with former Army intelligence analyst Chelsea Manning — then known as Bradley Manning — to access classified information on computers of the US Department of Defense in 2010.

US prosecutors had initially charged Assange with a single count of computer intrusion, but last month added 17 new counts, including controversial charges under the Espionage Act for encouraging, receiving and publishing national defence information in concert with Manning.

Currently, the WikiLeaks co-founder is serving a 50-week sentence in London’s Belmarsh Prison for skipping bail after fleeing to the Ecuadorean embassy seven years ago to avoid extradition to Sweden for questioning in a sexual assault investigation.

On Thursday, British Home Secretary Sajid Javid said he has signed an order following a request from the US government to extradite Assange to face espionage and hacking charges.

Talking to BBC Radio, Javid said that it was for the courts to decide whether Assange should face espionage charges in the US.

Although Javid has officially signed the extradition order, it is only the first step in what could prove to be a lengthy legal battle over whether Assange should face prosecution in the US. His lawyers are likely to challenge the verdict if it goes against him.

“It is a decision ultimately for the courts, but there is a very important part of it for the home secretary and I want to see justice done at all times and we’ve got a legitimate extradition request, so I’ve signed it, but the final decision is now with the courts,” Javid said.