Legislation to restrict abortion rights has been introduced this year in 16 states, four of whose governors have signed bills banning abortion if an embryonic heartbeat can be detected. 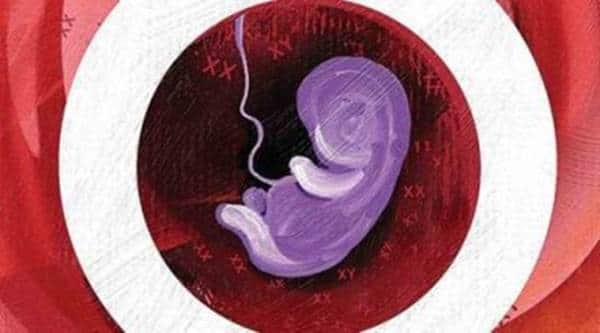 U.S. abortion-rights activists on Wednesday vowed to challenge an Alabama bill banning abortion in almost all cases, including pregnancies resulting from rape or incest, that is part of an effort to get the Supreme Court to reconsider its 1973 ruling allowing it.

The state’s Republican governor, Kay Ivey, has a week to sign or veto the bill, which would become the nation’s strictest anti-abortion law. She is a strong opponent of abortion but has so far withheld comment on whether she would sign the bill.

Leana Wen, president of the Planned Parenthood Federation of America, said her group would challenge the measure in court if it took effect.

“We have no choice. For us, this is about our patients’ lives,” Wen told reporters on a conference call. “We have to file lawsuits. We are talking about the rights for generations to come.”

Legislation to restrict abortion rights has been introduced this year in 16 states, four of whose governors have signed bills banning abortion if an embryonic heartbeat can be detected.

The Alabama bill goes further, banning abortions at any time, unless the mother’s health is in danger. Those performing abortions would be committing a felony, punishable by 10 to 99 years in prison. A woman who receives an abortion would not be held criminally liable.

The state Senate defeated a Democratic amendment that would have allowed legal abortions for women and girls impregnated by rape or incest.

Abortion rights campaigners said they would try to persuade Ivey to refuse to sign the measure. Some on Twitter called on their allies to mail coat hangers to Ivey, as a reminder of the illegal abortion practices common before it was made legal.

Anti-abortion advocates know any laws they pass are certain to be challenged. Courts this year have blocked a restrictive Kentucky law and another in Iowa passed last year.

But supporters of the Alabama ban said the right to life of the fetus transcends other rights, an idea they would like tested at the Supreme Court.

The high court, now with a majority of conservative justices after Republican President Donald Trump appointed two, could possibly overturn Roe v. Wade, the 1973 landmark decision establishing a woman’s right to an abortion.

Just this year, Georgia, Kentucky, Mississippi and Ohio have outlawed abortion after a doctor can detect an embryonic heartbeat.

Opponents call the “heartbeat” legislation a virtual ban because embryonic cardiac activity can be detected as early as six weeks, before a woman may be aware she is pregnant.

Actress and activist Alyssa Milano has called for a sex strike under the social media hashtag #SexStrike in response to the campaigns against abortion rights, urging women to refuse sex with men “until we get bodily autonomy back.”

India must capitalise on China’s slowdown: EEPC India chairman
We and our partners use cookies on this site to improve our service, perform analytics, personalize advertising, measure advertising performance, and remember website preferences.Ok