Trump’s personal diplomacy of showmanship has so far produced few big successes beyond a precedent-breaking series of meetings with the North Korean leader, Kim Jong Un, and declaring the defeat of the Islamic State caliphate in Syria and Iraq. 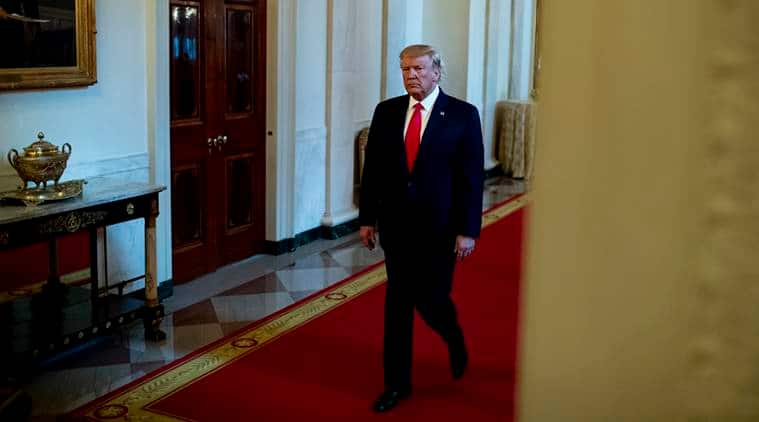 On one foreign policy issue after another, John R. Bolton was the in-house skeptic who checked President Donald Trump’s most unorthodox instincts. Whether it was talking to North Korea, cooperating with President Vladimir Putin of Russia or inviting the Taliban to Camp David, he was the national security adviser who said no.

Bolton’s exit from the West Wing on Tuesday removes one of the last constraints on Trump’s sense of the possible in world affairs. In not quite three years in the White House, Trump has cycled through more senior foreign policy and national security advisers than any other president, leaving him without the men who once were considered the adults in the room: Jim Mattis, Rex Tillerson, H.R. McMaster, John F. Kelly and more.

“The departure of Bolton suggests that President Trump is going to be his own foreign policy adviser,” said Martin S. Indyk, a fellow at the Council on Foreign Relations who served as a diplomat and National Security Council official during the Clinton administration.

And no matter who replaces Bolton, “it’s not going to be an important position anymore — there really isn’t going to be much of a process under Trump,” said Eliot A. Cohen, who worked for Secretary of State Condoleezza Rice during the administration of President George W. Bush.

“It’s going to be whatever is most conducive to his reelection,” said Cohen, now the dean of the School of Advanced International Studies at Johns Hopkins University.

Trump, who came into office with a completely unconventional foreign policy that combined an instinctive isolationism with theatrical attempts at deal-making, has shown himself to be uninterested in working through the alliances that largely defined 50 years of bipartisan American foreign policy. Although Bolton was an iconoclast, he was firmly tied to the Republican foreign policy establishment.

Trump’s personal diplomacy of showmanship has so far produced few big successes beyond a precedent-breaking series of meetings with the North Korean leader, Kim Jong Un, and declaring the defeat of the Islamic State caliphate in Syria and Iraq.

To make headway in negotiations, Trump will almost certainly have to soften some of his absolutist foreign policies. That means returning to peace talks with the Taliban — even though Trump declared that process “dead” on Monday.

In North Korea, that could mean a phased rollback of its nuclear capabilities instead of an immediate and full denuclearization, as the Trump administration has demanded.

And in dealing with Iran, U.S. officials may need to ease a “maximum pressure” campaign of bruising economic sanctions before President Hassan Rouhani will agree to meet with Trump — perhaps as soon as this month at the annual United Nations General Assembly in New York.

Bolton, were he still in the administration, would oppose all those moves. But Secretary of State Mike Pompeo, now the senior national security official on Trump’s team, “will be eager to deliver it,” said Jake Sullivan, a top Democratic adviser to Secretary of State Hillary Clinton and Vice President Joe Biden.

It is not known what Pompeo — or Trump, for that matter — will do to resolve a range of intractable problems, including a peace plan between Israel and the Palestinians. Israel holds elections next week that could determine the fate of Trump’s ally, Prime Minister Benjamin Netanyahu, after which the White House has promised to release its long-awaited blueprint.

Trump also has no clear endgame for his trade fight with China, and must find a way to reconcile his staunch refusal to back down with the risk that higher tariffs will spoil the economic growth on which his reelection largely depends.

Pompeo has taken pains to ensure that he is marching firmly in step with his commander in chief. Bolton’s ouster — which he insists was a resignation — will further enhance Pompeo’s already substantial influence over Trump’s foreign policy, even at the risk of overriding his own hawkish impulses.

It was Pompeo who directed and oversaw a special envoy who conducted months of peace talks with the Afghan Taliban, a process Trump called off last week but may yet resume. Bolton saw no reason to negotiate with the Afghan insurgent group that harbored al-Qaida leader Osama bin Laden. It was his opposition to Trump’s effort to strike a peace deal that was Bolton’s ultimate undoing.

Bolton “understands the world for what it is and the dangers that threaten America’s national security interests,” Sen. Lindsey Graham, R-S.C., said on Twitter.

And as impulsive and unpredictable as his actions may be, firing Bolton reveals a certain consistency in Trump’s worldview: Though attracted to never-been-done theatrics like bringing the Taliban to Camp David or meeting with Kim, the president is also moored by suspicion of military adventures and has a huge appetite for deals.

What Trump really wants from his foreign policy is a diplomatic win as he heads into his 2020 reelection campaign.

He said Pompeo “is much more deferential to the president, and more interested in cultivating a good relationship with the president than sticking to his ideological guns.”

“There were many times Ambassador Bolton and I disagreed, that’s to be sure,” Pompeo said Tuesday at the White House. “But that’s true for lots of people with whom I interact.”

“My mission is always to make sure, as I run the Department of State, is to deliver America’s diplomacy and to work with the team,” he said, “whether it’s at Treasury or the president’s staff, to make sure we get good outcomes.”

But should Trump once again look for a scapegoat should his foreign policy founder, Pompeo has an exit strategy in his back pocket — the prospect of running for the Senate from his adopted home state of Kansas, as Republican Party leaders are lobbying him to do. Pompeo has brushed off the political campaign by maintaining that he will remain at the State Department as long as Trump wants, but he has not shut the door on entering the race, according to Republicans who have spoken to him about running.

For now, “Pompeo is not going to allow for any daylight to show between himself and the president,” Indyk said. “What we are going to see now is Trump unplugged — and God knows where that is going to lead America.”

Trump said he would name a new national security adviser next week.