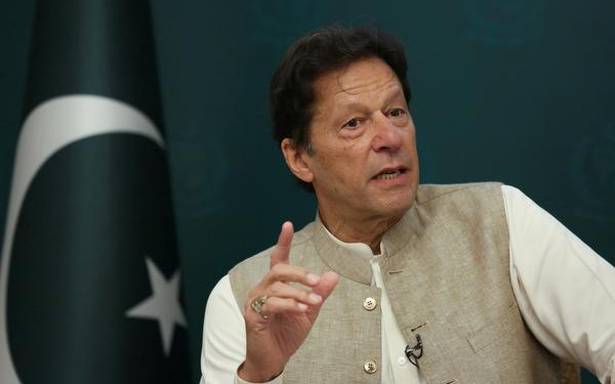 The TLP workers have been holding violent protests across the nation, especially in Lahore, against the government of Prime Minister Imran Khan for not releasing their party chief Saad Hussain Rizvi.

Pakistan government has released 350 activists of the banned outfit Tehreek-e-Labbaik Pakistan (TLP), Interior Minister Sheikh Rashid has announced, averting another showdown with the radical Islamist party that was threatening to hold a “long march” to Islamabad.

The TLP workers have been holding violent protests across the nation, especially in Lahore, against the government of Prime Minister Imran Khan for not releasing their party chief Saad Hussain Rizvi.

“After reviewing TLP’s demands, the issue will be resolved peacefully by Tuesday,” Rashid said, Geo News reported on Sunday.

The Opposition parties and the proscribed outfit had staged separate protests in multiple cities of the country, resulting in Islamabad, Lahore and Rawalpindi being partially shut down.

Three policemen and seven TLP workers have died in the clashes so far that erupted on Wednesday.

“We have released 350 TLP workers up to now and we are still waiting to open both sides of the road of Muridke as per the decision with the TLP,” the interior minister tweeted after leading a government team in negotiations with representatives of the TLP, including Rizvi, its detained chief, in Islamabad.

Rasheed on Sunday said that talks between the government and the TLP after they threatened to march towards Islamabad have been successful.

“The TLP protesters will not move forward (to Islamabad) and will stay in Muridke till Tuesday,” he added.

On Friday, Rizvi’s party leader Ajmal Qadri said that his supporters launched the “long march” after talks with the government failed to secure the release of their leader.

The interior minister said that the government will withdraw cases registered against the activists of TLP by Wednesday, the report added.

“The negotiators of the proscribed organisation will visit the Interior Ministry on Monday for a second round of talks,” Rasheed said.

“It was decided that the cases against those named in the Fourth Schedule will not be taken back,” the minister added.

However, a TLP Shura member claimed that the interior minister had sought time till the return of Prime Minister Khan who is currently on an official visit to Saudi Arabia, Dawn News reported.

TLP’s founder late Khadim Rizvi’s son Saad Hussain Rizvi has been detained by the Punjab government since April last under the maintenance of “public order” (MPO) following the party’s protest against the blasphemous caricatures of Islam’s Prophet published in France and its demand that the French ambassador be sent back and import of goods from that country be banned.

Subsequently, the TLP agreed to call off protests across the country on the Pakistan government’s assurance that it would present a resolution on the expulsion of the French ambassador in the National Assembly.

However, the government had called the National Assembly session to debate the French envoy’s expulsion and before a vote could take place on the resolution, the Speaker announced the formation of a special committee to discuss the matter and asked the government and the Opposition to engage with each other to develop consensus on the issue.

No meeting of this special committee has been held since April.

The TLP shot to fame in 2017 when it held a massive protest for three weeks in the busy Faizabad interchange near Islamabad. The party lifted the lockdown of the city after the then government sacked the then law minister Zahid Hamid.