In late July, Kim ordered a total lockdown of Kaesong and had the nation shift into a "maximum emergency system" after the North claimed of finding a person with COVID-19 symptoms. 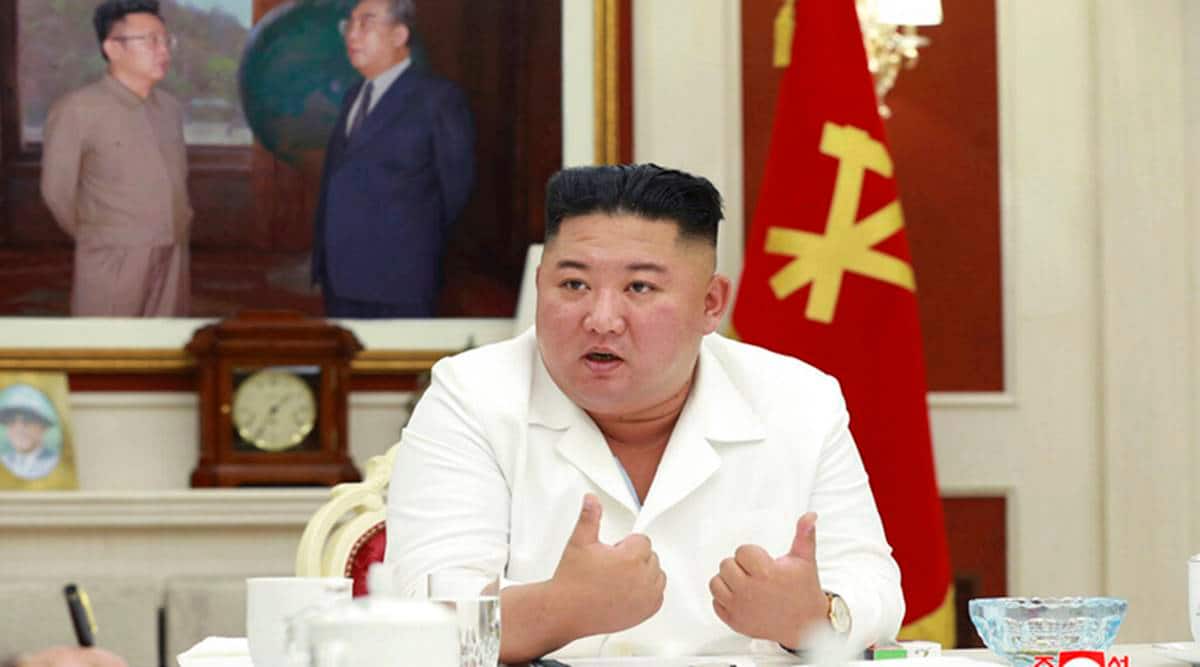 North Korean leader Kim Jong Un lifted a lockdown in a major city near the border with South Korea where thousands had been quarantined for weeks over coronavirus worries, state media said on Friday.

But Kim during a ruling party meeting on Thursday also insisted the North will keep its borders shut and rejected any outside help as the country carries out an aggressive anti-virus campaign and rebuilds thousands of houses, roads and bridges damaged by heavy rain and floods in recent weeks.

Entering the last year of an ambitious five-year national development plan, Kim Jong Un in December declared a “frontal breakthrough” against international sanctions while urging his nation to stay resilient in a struggle for economic self-reliance.

But experts say the COVID-19 crisis likely thwarted some of Kim’s major economic goals by forcing the country into a lockdown that shut the border with China – the North’s major ally and economic lifeline – and potentially hampered his ability to mobilise people for labour.

During Thursday’s meeting, Kim said it was clear after three weeks that the virus situation in Kaesong was stable and expressed gratitude to residents for cooperating with the lockdown, the KCNA said.

In late July, Kim ordered a total lockdown of Kaesong and had the nation shift into a “maximum emergency system” after the North claimed of finding a person with COVID-19 symptoms.

The North’s state media said the suspected patient was a North Korean who had earlier fled to the South before slipping back into Kaesong. But South Korean health authorities say the 24-year-old hadn’t tested positive in South Korea and never had contact with any known virus carrier.

North Korea later said the person’s test results were inconclusive and still maintains it is virus-free, a status widely doubted by outsiders.