Aghdam is one of three districts being handed back to Azerbaijan by Armenia as part of a Russian-brokered deal to settle the conflict over Nagorno-Karabakh. The handover was delayed a week for humanitarian reasons. 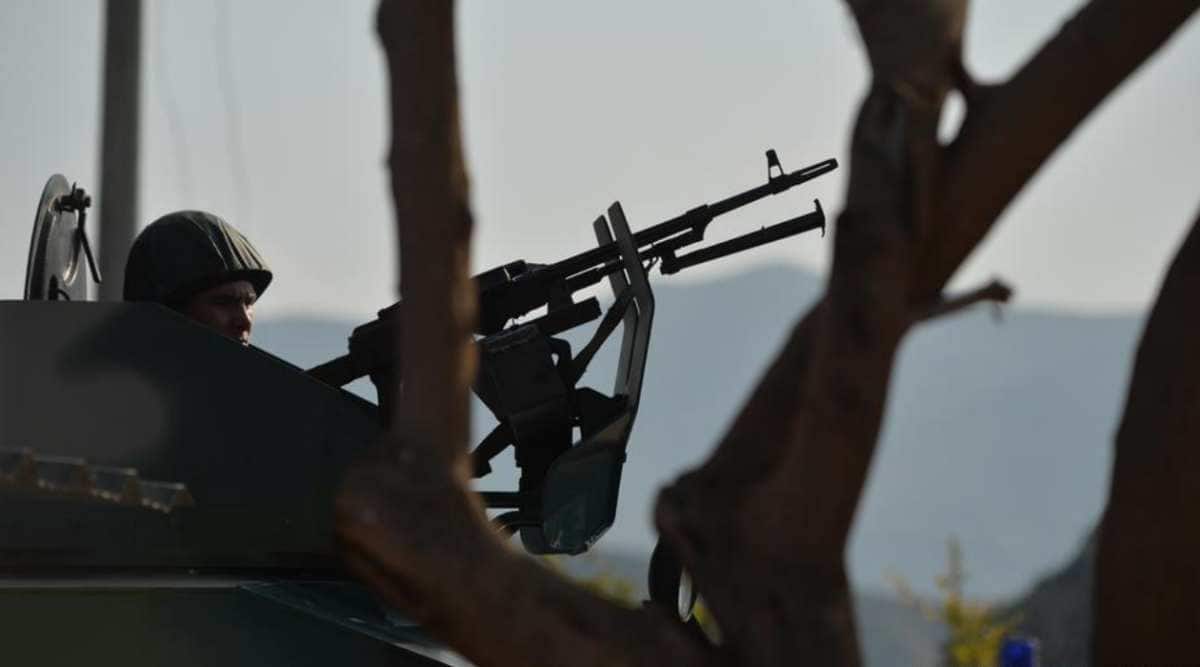 Azerbaijan’s army said Friday it had entered the district of Agdham, an area of Azeri territory ceded by Armenia as part of a Russian-brokered peace deal to end the conflict over Nagorno-Karabakh.

“Units of the Azerbaijan Army entered the Aghdam region on November 20,” the Defense Ministry in Baku said, referring to one of three districts that will change hands over the next two weeks.

The handover of Agdham, which was captured by Armenian forces in July 1993 during the First Nagorno-Karabakh War, will be followed by the Kalbajar district, wedged between Nagorno-Karabakh and Armenia, on November 25, and the Lachin district by December 1.

Armenian forces and ethnic Armenian residents packed up and left the district over the past few days ahead of Friday’s deadline, which was delayed from Sunday for humanitarian reasons.

Most of the town of Agdham, however, was destroyed to discourage Azerbaijani residents from returning; it remains uninhabited.

The latest conflict over Nagorno-Karabakh broke out in late September. The disputed region is internationally recognized as part of Azerbaijan in law, but has been controlled by ethnic Armenians for the past 30 years.

Thousands of people have been killed in 6-weeks of fighting and more than half of the region’s 150,000 population was displaced.

The warring parties, at odds over the territory since before the end of the Soviet Union, finally agreed to end hostilities last week under a Russian-brokered accord, made as Azerbaijan progressed rapidly in the combat.

As part of last week’s agreement, Armenia agreed to return some 15 to 20% of the Nagorno-Karabakh territory captured by Azerbaijan in recent fighting, including the historical town of Shusha.

Pashinian brushed off calls to quit, but three of his ministers resigned this week amid the unrest, and Armenian President Armen Sarkissian called for a snap election.

On Friday, Defense Minister Davit Tonoyan quit after 18 months in the job, the latest apparent effort to quell the political crisis.

Vagharshak Harutunyan, an advisor to Pashinyan on defense issues and a previous holder of the defense minister post, was named as his successor.

Pashinian presented a 15-point “road map” on Wednesday aimed at “ensuring democratic stability” to calm opposition to the peace deal.

His plan calls for a resumption of the Minsk Group, which was set up by the Organization for Security and Cooperation in Europe in the 1990s, to mediate the conflict between Armenia and Azerbaijan over the disputed region.

It also envisions returning Nagorno-Karabaqkh residents who were displaced by the fighting, restoring damaged infrastructure in areas that remain under Armenian control, and helping wounded soldiers and the families of those who were killed in the fighting.