The mudslide hit the barracks of a unit of Vietnam's 4th Military Region in the central province of Quang Tri. 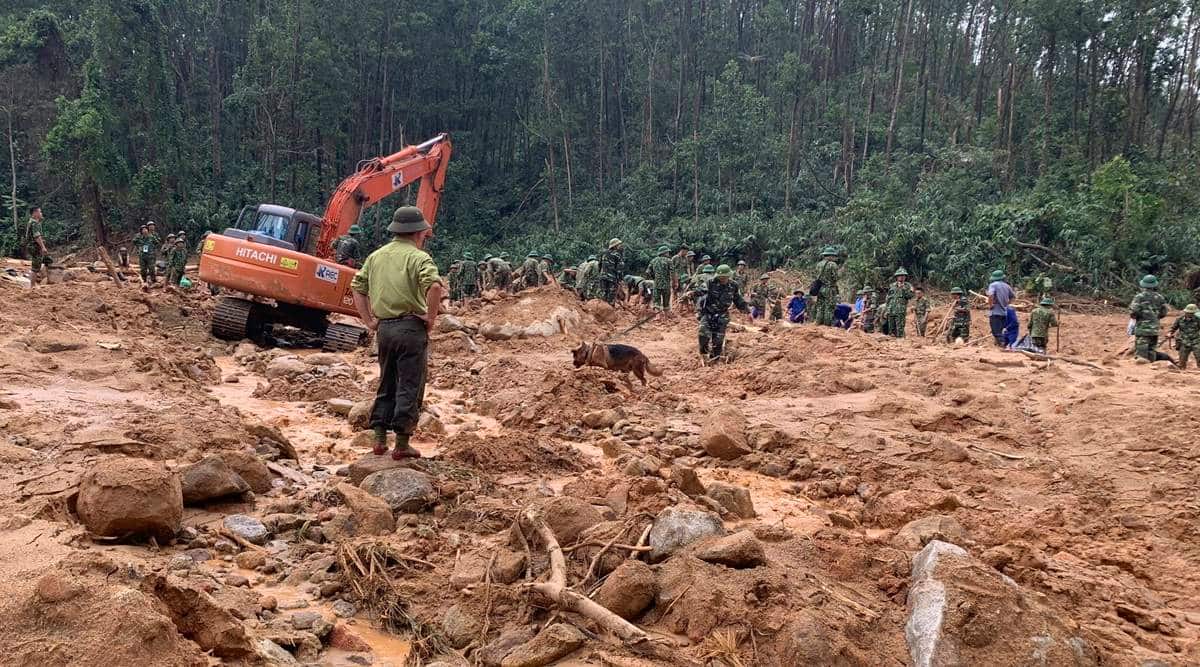 A landslide early on Sunday killed at least 14 military personnel and left eight missing in central Vietnam, the government said, in what could be the country’s largest military loss in peace time as it battles major flooding.

The mudslide hit the barracks of a unit of Vietnam’s 4th Military Region in the central province of Quang Tri, the government said in a statement on its website. It occurred days after another landslide killed 13 people, mostly soldiers, in the neighbouring province of Thua Thien Hue.

“We had another sleepless night,” an emotional deputy defence minister, Phan Van Giang, told reporters on Sunday. The government said later that 14 bodies had been recovered and eight others remained missing.”We’ve never lost so many military members, including two generals and high ranking officials, in natural disasters,” the government said on Facebook.

Intense rainfall since early October has caused the worst flooding for years, with more 80 people killed in central Vietnam. More heavy rain is expected over the next few days.State media on Sunday reported rivers in Quang Tri province rose to the highest levels in over 20 years, inundating more than 40,000 houses in the province and killing dozens of people.

In Thua Thien Hue province, rescuers battled driving rain while searching for at least 15 construction workers missing after a landslide at the start of the week in a mountainous area. Rainfall totalling as much as 600 millimetres (24 inches) is likely to continue in parts of central Vietnam until Wednesday, the country’s weather agency said on Sunday.