The tensions come a year after President Donald Trump withdrew from Iran's 2015 nuclear accord with world powers and restored crippling sanctions. 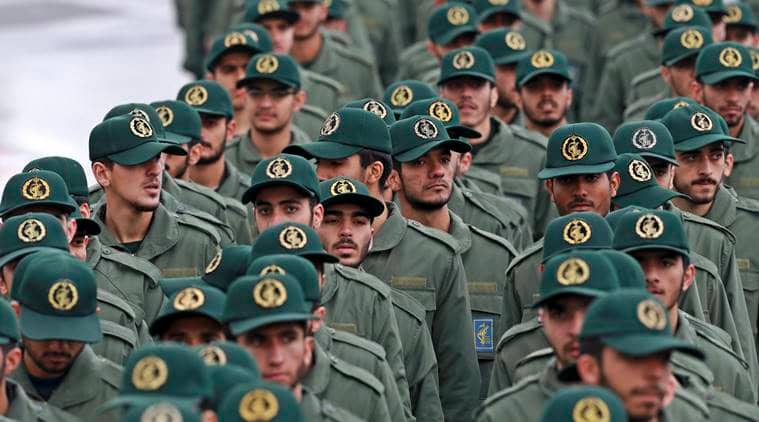 Tensions between the United States and Iran have soared in recent weeks, with Washington dispatching warships and bombers to the Persian Gulf, and Tehran threatening to resume higher uranium enrichment. The tensions come a year after President Donald Trump withdrew from Iran’s 2015 nuclear accord with world powers and restored crippling sanctions.

A timeline of recent events:

May 5: John Bolton, the White House national security adviser and a longtime Iran hawk, announces the deployment of the USS Abraham Lincoln carrier strike group and a bomber task force in response to “a number of troubling and escalatory indications and warnings,” without providing details. He vows “unrelenting force” in response to any attack.

May 8: Iran threatens to enrich its uranium stockpile closer to weapons-grade levels starting July 7 if world powers fail to negotiate new terms for its nuclear deal. The U.S. responds by imposing sanctions on Iran’s metals industry.

May 9: The European Union urges Iran to respect the nuclear deal and says it plans to continue trading with the country despite U.S. sanctions. Trump says he would like Iran’s leaders to “call me.”

May 10: The U.S. says it will move a Patriot missile battery into the Middle East to counter threats from Iran.

May 12: The United Arab Emirates says four commercial ships off its eastern coast “were subjected to sabotage operations,” just hours after Iranian and Lebanese media outlets air false reports of explosions at a nearby Emirati port.

May 13: European foreign ministers urge the United States and Iran to show restraint, while Secretary of State Mike Pompeo briefs his counterparts on the alleged threats from Iran. Trump warns that if Tehran does “anything” in the form of an attack “they will suffer greatly.”

May 14: Yemen’s Iran-aligned Houthi rebels launch a drone attack on Saudi Arabia, striking a major oil pipeline and taking it out of service.

The New York Times reports the White House is reviewing military plans that could result in sending 120,000 U.S. troops to the Middle East if Iran attacks American forces or steps up work on nuclear weapons. Trump says it’s “fake news,” but that he would “absolutely” be willing to send troops if necessary.

Iran Supreme Leader Ayatollah Ali Khamenei says “no one is seeking war,” but that it wouldn’t be difficult for Iran to enrich uranium to weapons-grade levels.

A senior military officer in the U.S.-backed coalition fighting the Islamic State group says “there’s been no increased threat from Iranian-backed forces in Iraq and Syria.” In a rare public rebuttal, U.S. Central Command says his remarks “run counter to the identified credible threats.”

May 15: The U.S. Embassy in Baghdad orders all nonessential government staff to leave Iraq immediately. The Netherlands and Germany say they are suspending their training of Iraqi forces.