A day after Sharif was sent to 10 years imprisonment for holding undeclared and expensive properties in London, Imran Khan blamed the former PM and PML-N for the four-fold increase in Pakistan's debts in the past 10 years and also for the depreciating value of Pakistan rupee.

The timing of the accountability court’s verdict against former Pakistan prime minister Nawaz Sharif in the Avenfield Reference case, just 20 days before the general elections, has come as a shot in the arm for Pakistan Tehreek-i-Insaf chief Imran Khan, who on Saturday accused the ousted premier of adding to the country’s debts.

A day after Sharif was sent to 10 years rigorous imprisonment for holding undeclared and expensive properties in London, Khan blamed the former PM and PML-N for the four-fold increase in Pakistan’s debts in the past 10 years and also for the depreciating value of Pakistan rupee.

“In 10 years, Pakistan’s debts went from Rs 6,000 Arab to Rs 27,000 Arab and the value of the Pakistan rupee as against the US dollar has risen from 60/dollar to 125/dollar. If we want to pull Pakistan out of this, we’ll have to run it on principles on which Medina is run,” the cricketer-turned-politician said at a rally in Islamabad.

READ | Why Nawaz Sharif may find it hard to bounce back

The National Accountability Bureau had filed the case, along with two others, on the Supreme Court’s directives in the landmark Panamagate verdict last year that disqualified Sharif, a three-time prime minister. Sharif’s daughter and likely successor, Maryam, and her husband, Muhammad Safdar, have also been sentenced. Maryam was due to contest for elections from a safe seat in Lahore, Sharif’s stronghold. 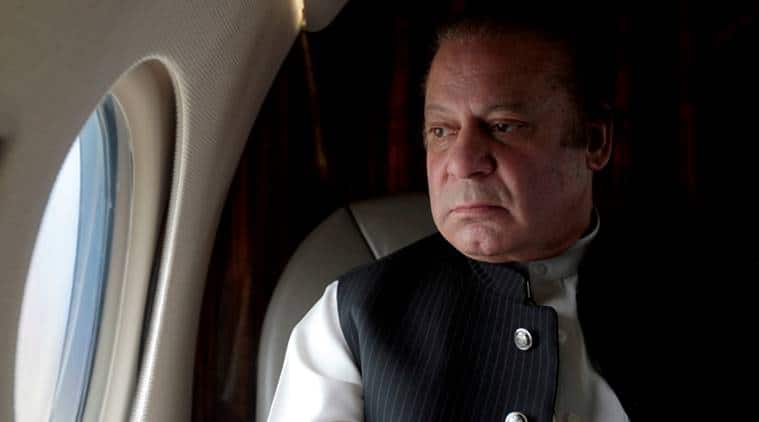 Claiming that this was the first time in the country’s history that the powerful have been held accountable, Khan said Sharif was accountable for Rs 30,000 crore and the money went into the accounts of his children. Khan, who has been pursuing this case vigorously in courts, further said everyone knew Sharif was lying and he was finally exposed.

“I would like to ask the people who stood by Nawaz Sharif, don’t you have to answer Allah? He is accountable for Rs 30,0000 crore, the money which went into the accounts of his children. Everyone knew that he is lying. Everything was exposed in the Court,” Khan said.