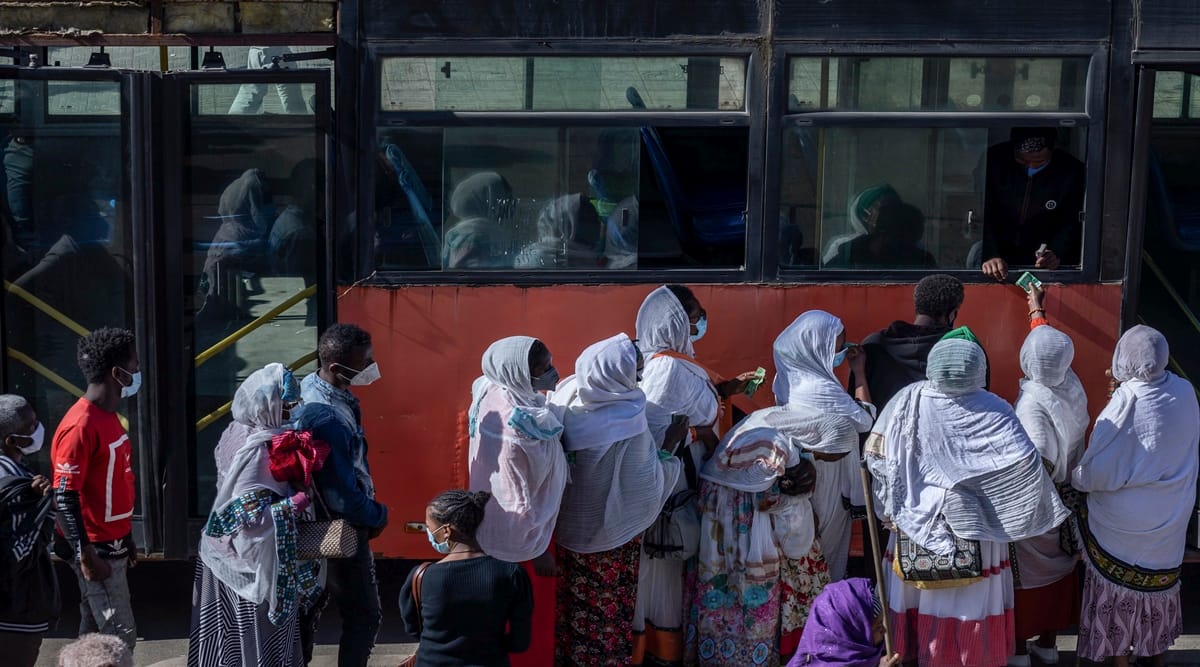 According to eyewitnesses, Ethiopian fighter jets on Thursday bombed Tigrayan People’s Liberation Front positions — a clear sign of escalation in one of Africa’s most populous and well-armed nations.

Prime Minister Abiy said there had been many casualties on the TPLF side. There are reports of several Ethiopian Defense Force injured in the fighting.

The number of casualties from both sides is not yet precisely clear as the government has imposed a six-month curfew and cut off all internet and phone connectivity.

According to observers, the ongoing fighting between Ethiopian troops and the TPLF seemed inevitable after the relationship between TPLF leaders and Abiy deteriorated when Abiy became Prime Minister.

The International Crisis Group warned that Tigray’s conflict risks fracturing Ethiopia’s delicate federalism by creating a domino effect on other volatile regions such as the Oromia and Amhara.

Protests in Oromia killed 167 people in July. A recent report by Amnesty International says an attack by the Oromo Liberation Army (OLA) killed at least 54 ethnic Amhara people. The attack happened a day after the sudden withdrawal of Ethiopian Defense Forces from the Gawa Qanqa village, the report adds.

The TPLF governing party, which dominated the country’s ruling coalition from 1991 until 2018, was the architect of ethnic federalism. Ethnic Tigrayans make up about 6% of Ethiopia’s estimated 110 million citizens.

Under Ethiopia’s federal system, the country’s regions enjoy considerable autonomy, such as having their own security forces, their own parliaments, and the right to a referendum for self-rule. The TPLF and other parties that favor ethnic federalism saw Abiy Ahmed’s decision to dissolve the former ruling EPRDF coalition as an attempt to monopolize and concentrate power with his Ethiopia’s Prosperity Party.

“Abiy’s pursuit of a unitary political party and a strong central government was a trigger for the TPLF army,” Kjetil Tronvoll, Professor and Research Director of Peace and Conflict studies at Bjorknes Univesity College, told DW. “The TPLF overthrew the former communist PDRE government for the same reasons,” Tronvoll said.

The TPLF refused to join Abiy Ahmed’s Prosperity Party, accusing him of modifying the constitution, which guarantees autonomy to the various ethnic regions. The TPLF also alleged that Abiy purged many Tigrayan leaders from federal institutions.

The last straw came when Addis Ababa said that due to the COVID-19 pandemic, it would postpone elections that were scheduled to take place in August 2020. Tigray’s regional government defiantly held its election in September, prompting the central government to sever all ties and later suspend its monthly funding to Tigray. According to Tigray’s regional president Debretsion Gebremichael, that decision “was a declaration of war.”

In October, the Tigrayan leadership defied Abiy Ahmed once again when it rejected a reshuffle of the military’s Northern Command. That particular command was vital during the 1998 – 2008 Ethiopia-Eritrea war. According to the International Crisis Group, more than half of Ethiopia’s Defense Forces personnel and military hardware remain stationed in the Northern Command.

“If the two parties do not come to a ceasefire, this could become the biggest war in Africa,” Tronvoll said. He warned that the conflict had the potential to pull in Eritrea, Somalia, and Sudan.

“Tigrayans are fighters. The international community needs to urge both Addis Ababa and Tigray to dialogue,” Tronvoll said, adding that for as long as this war goes on, “there will never be peace in northern Ethiopia.”

Explained: Is there a grey area in cricket’s concussion substitute rule?
We and our partners use cookies on this site to improve our service, perform analytics, personalize advertising, measure advertising performance, and remember website preferences.Ok