A team of archaeologists have found the remains of more than 60 mammoths at the site of a new airport being built to serve Mexico City. Excavators have also found animal and human bones in the area. 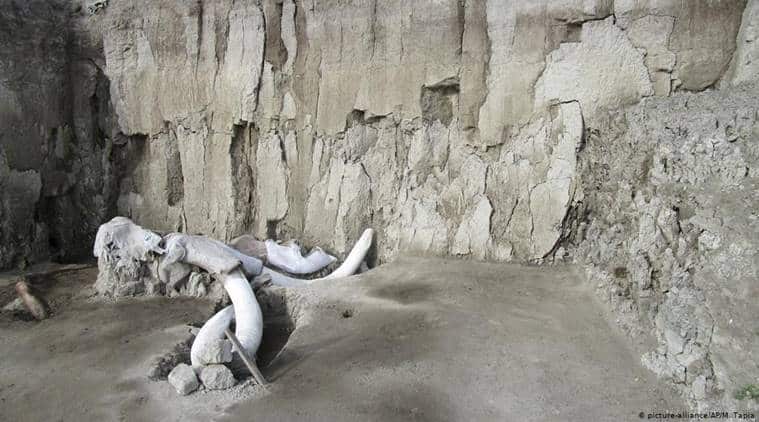 A team of archaeologists working near Mexico City has discovered the remains of more than 60 mammoths at the city’s future airport.

Mexico’s National Institute of Anthropology and History (INAH) said the bones, found at the construction site of the planned Felipe Angeles International Airport, date back some 15,000 years.

The remains were uncovered close to the spot where the airport’s future control tower is to be built. INAH excavators have been working at the site – some 50 kilometers (about 30 miles) north of the capital – since April last year, seeking animal remains from the Pleistocene era.

The team reported in December that that it had found the bones of a far smaller number of animals at the old Santa Lucia Air Base, a military airport being converted for civilian use.

The area was formerly submerged under the Xaltocan Lake, part of the Mexican Basin and a focal point of the country’s pre-Colombian civilization. Traps for the hunting of mammoths, thought to have been dug soon after the lake dried up, were found at the site last year.

Almost all of the giant skeletons are thought to belong to the Colombian mammoth species.

Other types of fauna, including bison, camels and horses were also found, as well as bones of humans buried in the pre-Hispanic era and various artefacts.

“The main challenge is that the richness of fauna and relics is greater than we had considered,” Pedro Francisco Sánchez Nava, INAH’s national anthropology coordinator told Mexico’s Excelsiornewspaper.

“It would be a lie to say that we have not had an influence on the work being carried out, but we are working in coordination with those responsible,” said Sanchez Nava. “We are able to continue at our own pace without having too much influence on the times of the work.”