Presidential phone calls with top world leaders are routinely monitored by national security aides at the White House as well as top officials at the State Department and intelligence agencies so that government officials are aware of what the president discussed. 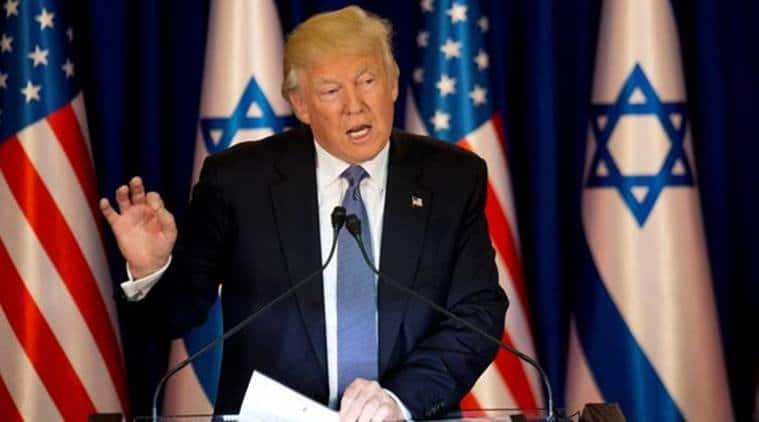 President Donald Trump said he is considering blocking administration officials from listening to his telephone calls with foreign leaders, after a whistle-blower complaint about his conversation with Ukrainian leader Volodymyr Zelenskiy led to his impeachment.

“That’s what they’ve done over the years, when you call a foreign leader, people listen,” Trump said in a radio interview with Geraldo Rivera that was broadcast on Thursday. “I may end the practice entirely, I may end it entirely.”

Presidential phone calls with top world leaders are routinely monitored by national security aides at the White House as well as top officials at the State Department and intelligence agencies so that government officials are aware of what the president discussed. Among other purposes, the practice helps protect the president should foreign countries issue distorted or misleading accounts of the conversations.

Trump said Thursday that as many as 25 people within the administration have listened in on his calls.

But the president has expressed frustration with the monitoring after details of his calls have prompted scrutiny within the government or occasionally been leaked to the press.

Early in his administration, transcripts of his calls with former Australian Prime Minister Malcolm Turnbull and former Mexican President Enrique Pena Nieto were published by the Washington Post. And the whistle-blower whose complaint prompted Trump’s impeachment reported that multiple White House officials with direct knowledge of the call said Trump had used the conversation to advance his personal interests.

The White House already moved to restrict the number of administration officials allowed to listen to calls or read transcripts of the discussions in the aftermath of the Ukraine scandal, CNN reported in December. National Security Advisor Robert O’Brien now serves as gatekeeper, with new restrictions largely affecting career staffers who some in the White House believe aren’t sufficiently loyal to the president.

Trump said he was considering a total ban in response to a question about the removal of Lieutenant Colonel Alexander Vindman from the White House National Security Council last week. Vindman, who returned to the Army, reported concerns about the call — in which Trump asked Zelenskiy to investigate former Vice President Joe Biden and his son Hunter — to NSC lawyers.

Trump said he saw Vindman’s actions as “very insubordinate” and claimed that when Vindman was removed from the White House “many people in the building started applauding.”

David Pressman, an attorney for Vindman, said in a statement Thursday: “By using the power of his office to repeatedly humiliate and punish those following the law, the president is encouraging breaking the law.”

Vindman was escorted from the White House along with his twin brother, Yevgeny, who worked as a senior lawyer and ethics official on the NSC. Trump also ousted U.S. ambassador to the European Union Gordon Sondland, who also testified in the impeachment investigation.