The head of a hospital in Ghor, Mohammad Omer Lalzad, said emergency staff were treating dozens of people with both serious and light injuries from the bombing. He expected the death toll to rise. 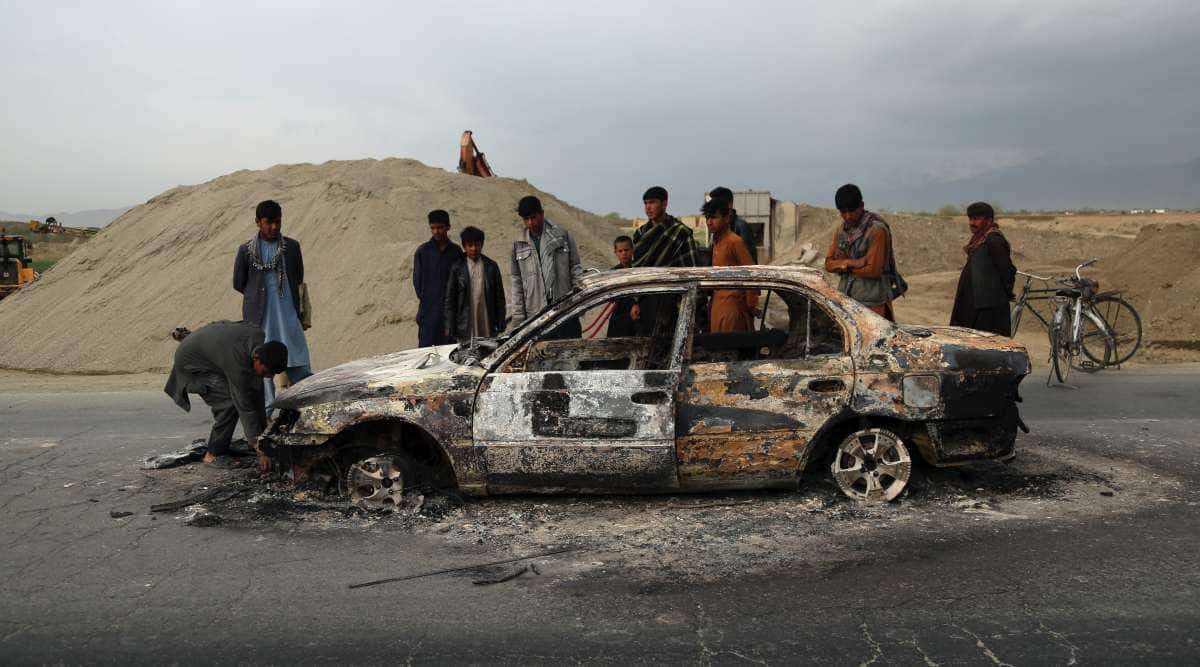 A suicide car bombing on Sunday killed at least 12 people and wounded more than 100 others in Afghanistan’s western Ghor province, officials said.

The head of a hospital in Ghor, Mohammad Omer Lalzad, said emergency staff were treating dozens of people with both serious and light injuries from the bombing. He expected the death toll to rise.

Interior Ministry spokesman Tariq Aran said the car bombing struck near the entrance of the provincial police chief’s office and other nearby government buildings in the area.

No one immediately claimed responsibility for the attack in Ghor, which comes amid an uptick in attacks by the Taliban as representatives of the group and Afghan government officials hold their first-ever face-to-face talks in Qatar, where the Taliban have had a political office for many years. The negotiations are meant to end the country’s decades-long war.

On Friday, the Taliban agreed to suspend attacks in southern Afghanistan that had displaced thousands of residents in recent days. It came after the US vowed to halt all strikes and night raids in keeping with the peace agreement the US signed with the Taliban in February.

The US had been conducting air strikes in support of Afghan forces trying to repel Taliban assaults in Helmand province, which threatened to derail efforts to end Afghanistan’s war.

Gujarat: Surgeon among three detained over nurse’s ‘suicide’, 2 more booked
We and our partners use cookies on this site to improve our service, perform analytics, personalize advertising, measure advertising performance, and remember website preferences.Ok