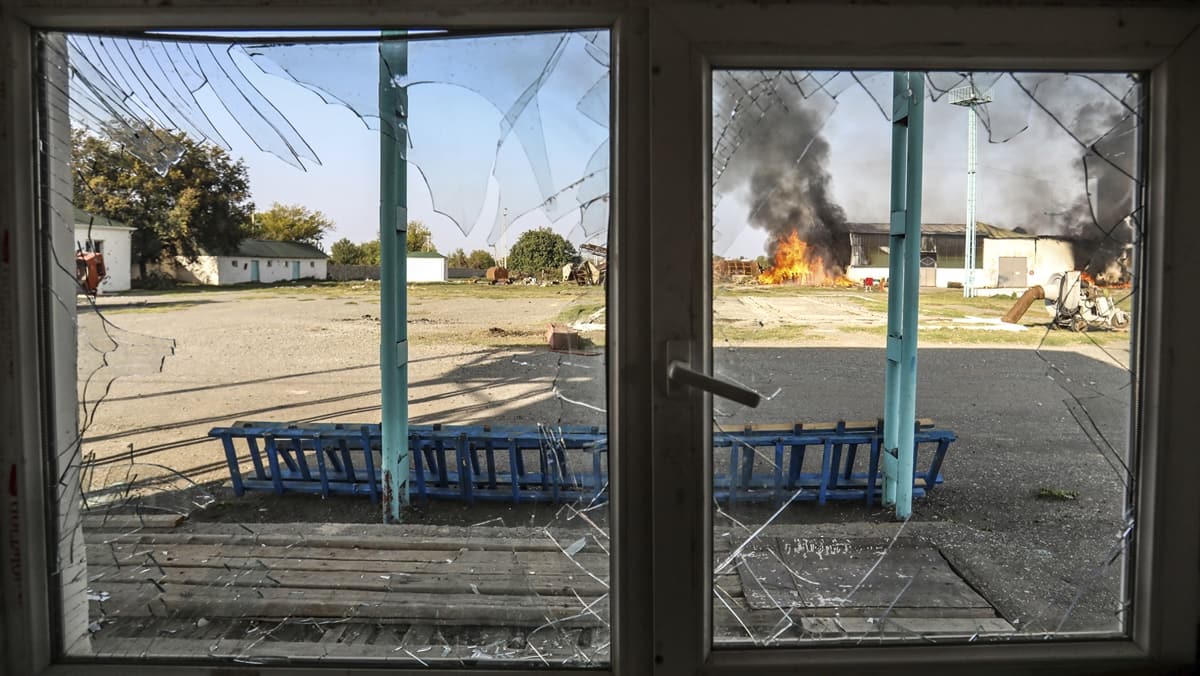 Armenian Prime Minister Nikol Pashinian said early Tuesday that he has ordered an end to fighting with Azerbaijan over the Nagorno-Karabakh region.

Pashinian said on Facebook that he signed an agreement with the presidents of Azerbaijan and Russia to halt the fighting that has raged since late September.

He wrote that the decision was “extremely painful for me personally and for our people.” Nagorno-Karabakh is a region in Azerbaijan that has been under control of ethnic Armenian forces backed by Armenia since 1994.

Azerbaijani forces took control of a strategic city in the separatist territory of Nagorno-Karabakh and were nearing its capital, a spokesman for the region’s government confirmed Monday, and Azerbaijan said it shot down a Russian helicopter over Armenia far from the fighting. Two Russian servicemen were killed.

The seizure of Shushi — which Azerbaijani President Ilham Aliyev had claimed a day earlier — is the most significant military development since fighting between Azerbaijani and Armenian forces over Nagorno-Karabakh restarted in September.

35-year-old man who had a stroke, undergoes 3 complicated procedures at Chennai hospital

Supreme Court refuses to entertain pleas seeking probe against A.P. CM
We and our partners use cookies on this site to improve our service, perform analytics, personalize advertising, measure advertising performance, and remember website preferences.Ok