‘But it was dicey as he was still in jail.’

It has been five years since Baahubali: The Beginning released in theatres and made history at the box office.

Prasad tells Rediff.com Contributor Rajul Hegde, “I came to the industry when I was in my 40s. I didn’t know how to write a story then. So I started watching Salim-Javed films. That’s how I picked up the nuances of a screenplay. I learnt by watching their movies. Whenever I start writing a film, I unfailingly watch Sholay once, just to warm up.” 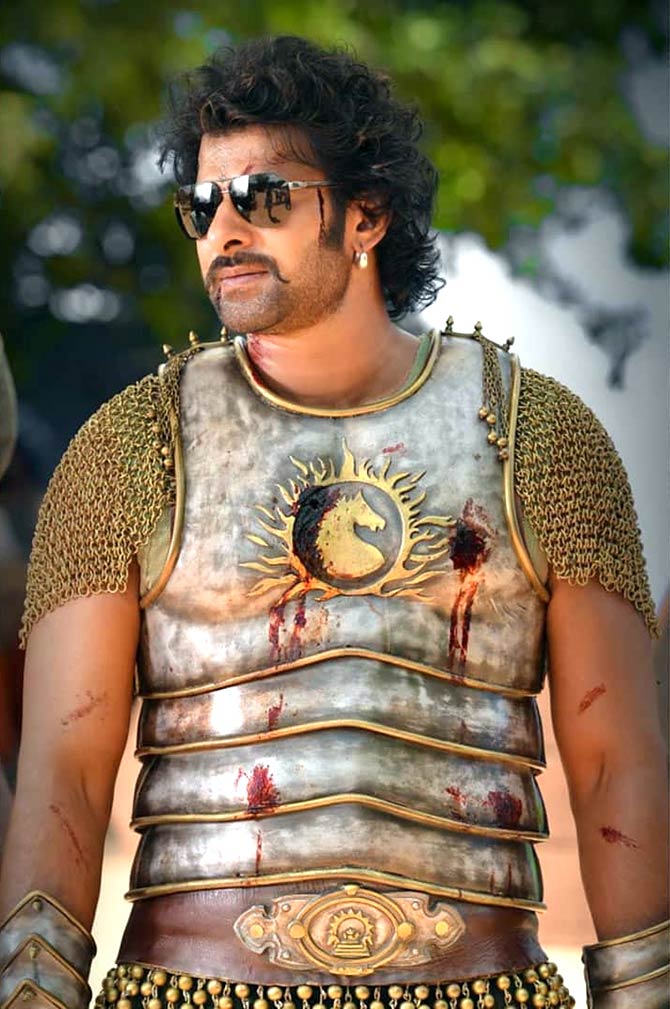 How did you come up with the story?

My son told me he wanted to make a movie with Prabhas.

He said it should be a costume drama and that he should be able to picturise good action scenes.

The next morning, I narrated a small introduction to the character of Kattappa.

I didn’t have a story with me, I just told him (Rajamouli) about a foreigner who comes to India and sees an old person teaching swordsmanship to young students.

Impressed, the foreigner claims the old man to be the best swordsman in the region. The old man refutes his claim by telling him about Baahubali.

He tells him that nobody was able to injure Baahubali as long as he had a sword.

He fought against 200 people and killed them all.

By evening, he would be soaked in blood, but not a drop was his.

When the foreigner said he wanted to meet Baahubali, the old man said he was dead.

The foreigner didn’t understand how that was possible.

Then the old man said backstabbing is a more powerful weapon and told the foreigner that it was he who back-stabbed Baahubali.

The other scene I narrated was of a mother carrying a child, wading across a river, which eventually became the powerful opening scene of the franchise.

He told me to put it all together and weave a story.

We took around four-five months to develop the script. 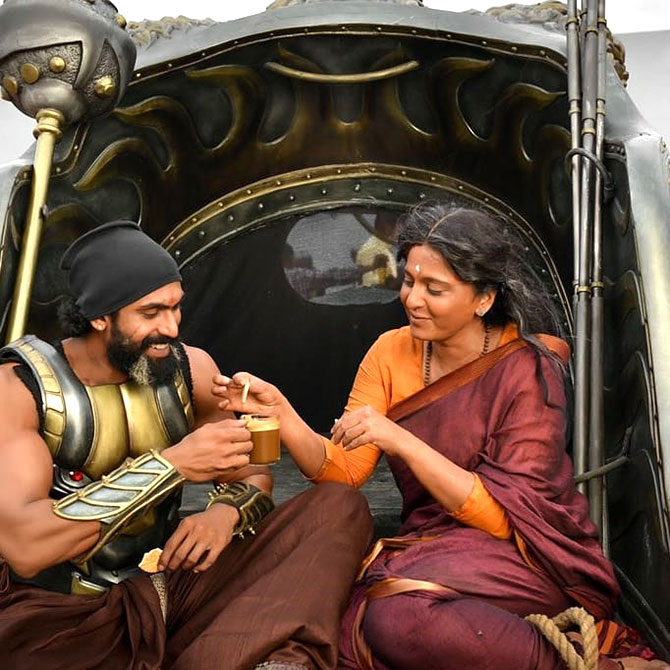 How did you choose the name Baahubali?

Baahubali is a popular name in our country and it just came to my mind while writing the characters.

There are big statues of Baahubali in Karnataka and in north India.

Baahubali is known as a strong man.

And from the very beginning, we wanted the title of the film to appeal to pan India. 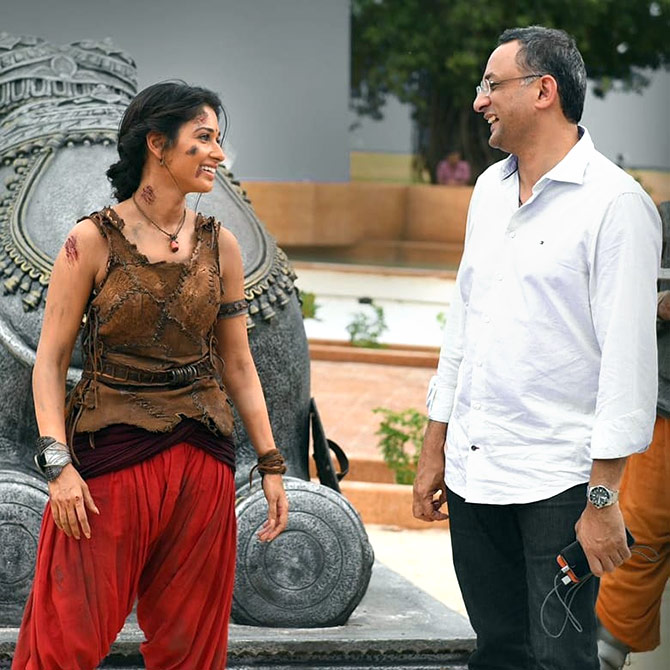 Did you make any changes in Baahubali 2: The Conclusion after the first one became a massive hit?

After the release of the first part, we waited for a few days and polished the Conclusion. No major changes except trimming here and there.

But the interval was inspired by Telugu actor Pawan Kalyan and his fan following.

While I was thinking of ideas for an interval scene, I came across an audio function in Tirupati where the crowd was shouting Pawan Kalyan’s name even though he was not present.

There were many other big actors on stage, but still, they shouted nonstop for three-four minutes saying ‘Power Star Pawan Kalyan’. It was unbelievable.

I thought of something on those lines and incorporated the sequence during the interval. 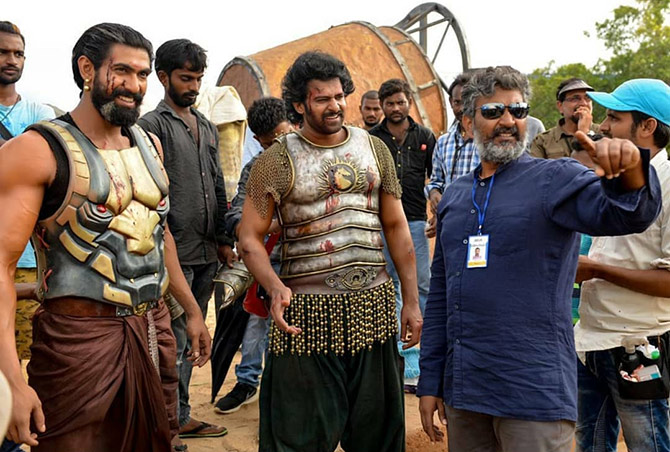 Was Prabhas the first choice for Baahubali?

Yes. The story was written with Prabhas in mind.

No one else was considered.

We wouldn’t have thought about the story if Prabhas was not doing it.

Only for Kattappa, we had Sanjay Dutt in mind. But then it was dicey as he was still in jail.

The next option was Sathyaraj. 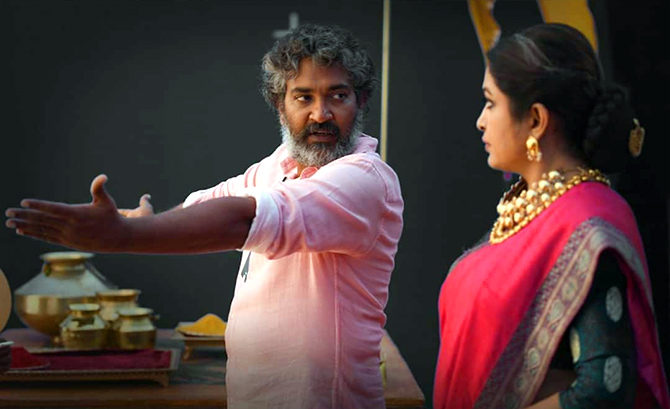 How involved were you in the film’s making besides writing the script?

I was not involved in the direction at all.

I must have visited the sets eight-ten times only.

For the important scenes, my son would call me for last minute additions, but nothing major.

A few days after its release, I was travelling from Hyderabad to Mumbai.

In a hurry, I forgot the boarding pass at the security gate.

I realised that after some time so I went back.

The security chief had one boarding pass in his hand, so I knew it was mine.

When I went to him and asked for it, he asked for my name and details.

Then he said he would return the boarding pass if I told him why Kattappa killed Baahubali! How did life change after Baahubali?

People started recognising me by face, that’s all.

Bajrangi Bhaijaan and Baahubali released within a week, and there was happiness in having two big hits.

You mentioned in an interview that the makers of Bajrangi Bhaijaan offered you Rs 40 lakh and later doubled it, but you did not settle for anything less than Rs 2 crore.
Did you give any concession for Baahubali since your son was directing it?

(Laughs) It’s all in the family. 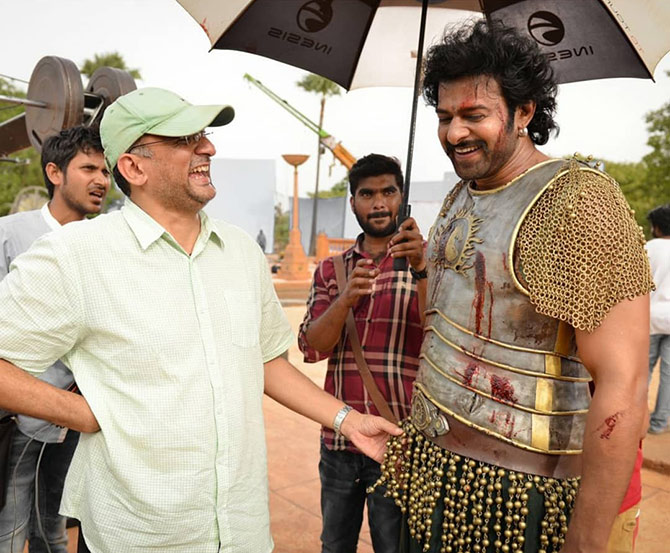 The Baahubali franchise are the highest grossing films in India.

It has broken the language barrier because north Indians did not know who Prabhas or Rajamouli were. But they liked the content and gave it the highest spot.

You consider Salim-Javed your gurus. What feedback did you get from them for Baahubali?

I came to the industry when I was in my 40s. I didn’t know how to write a story then.

So I started watching Salim-Javed films.

That’s how I picked up the nuances of a screenplay.

I learnt by watching their movies.

Whenever I start writing a film, I unfailingly watch Sholay once, just to warm up.

Just like how people say ‘Om Ganeshaya Namah‘ or visit temples before starting some good work.

Salimsaab called me after Baahubali and gave me the biggest compliment, which I don’t take it literally. He said it was a wonderful script and even he couldn’t have written that.

I think it’s a blessing from my guru.

A guru always gives the high seat to his shishya.

Not that I am better than him, but coming from my guru is a big compliment for me.

I am not even 10 percent of what Salimsaab is. But out of shishya vastalya, these are the words said by him.

No question of allowing anything in sealed cover: Bombay HC judge
India News

Media should focus on constructive agenda building processes: N. Ram
We and our partners use cookies on this site to improve our service, perform analytics, personalize advertising, measure advertising performance, and remember website preferences.Ok