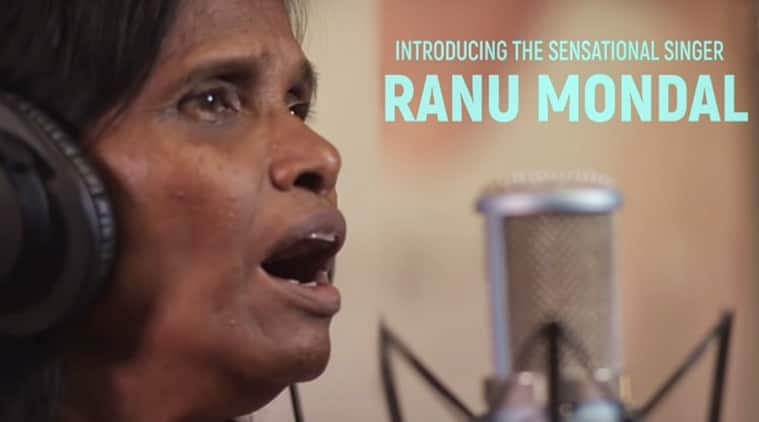 The teaser of Himesh Reshammiya and Ranu Mandol’s song “Teri Meri Kahani” is out and it seems to focus on dreams turning into reality, hinting at the real-life story of Ranu. The track from upcoming film Happy Hardy And Heer also happens to be the debut Bollywood song of Ranu.

The teaser of “Teri Meri Kahani” uses shots of Ranu’s viral video along with her recording the song with Himesh, juxtaposed with visuals of the actual song from the film, also starring Sonia Mann.

Ranu Mandol, who sang for a living at the Kolkata railway station, was recorded by a passerby crooning “Ek pyaar ka nagma hai”. In no time, her video went viral with many comparing her voice to Lata Mangeshkar. Wanting to encourage and support her talent, an NGO gave her a makeover and TV show Superstar Singer also welcomed her in one of its episodes. That’s where Superstar Singer judge Himesh Reshammiya offered her the big break.

Himesh had also shared a video where one can see him directing Ranu as she records “Teri Meri Kahani”. Building on the excitement, the makers of Happy Hardy And Heer have now released a teaser ahead of the launch of the full song on Wednesday.

In an exclusive interaction with indianexpress.com, Ranu Mandol had expressed her gratitude. She said, “This was the first time that someone trained me. I dont know the technicalities of singing. Himesh ji treated me like a family member and gave me my life’s biggest opportunity. I cannot thank God enough for making me live a dream. I come from a broken family and have never seen so much love. And now that people are showering me with so much love, I could not be happier. Never in my wildest imagination did I think I would get a chance to be on such a big platform, or even sing in a Bollywood movie.”