Director Darius Marder on the difficulties he faced while making Sound of Metal, and his experiences with the deaf community. Sound of Metal, directed by debutant Darius Marder, tells the story of a drummer and former heroin addict Ruben Stone (Riz Ahmed) whose hearing is deteriorating, bringing about an abrupt end to his music career. Ruben’s girlfriend and bandmate Lou (Olivia Cooke) takes him to a place where deaf addicts live as part of a community.

Ruben struggles to come to terms with his condition, displaying rage and resentment at everyone. The film details his journey towards acceptance of his condition.

Sound of Metal is an evocative and heartbreaking portrayal of a man who is unable to tackle his new reality where there is no use of his talent. It is also an empathetic look at the deaf community, their emotions and experiences. Riz Ahmed gives a tour de force performance here.

In this exclusive interview with indianexpress.com, Darius Marder talks about the difficulties he faced while making Sound of Metal, his experiences with the deaf community, the exquisite, bitter-sweet ending and more.

How did you come up with this idea of a musician losing his hearing and going through this harrowing journey?

It started with a documentary with my dear friend Derek Cianfrance. We met 13 years ago, and within 30 seconds of meeting each other, we were talking about this film. So I started by editing this footage of this band, and it became clear that Derek was not ever going to finish this movie. I had in the meantime, gotten obsessed with the idea of sound perspective and co-dependence. In a way, couples are all like that [like in the movie]. We have harmony or dissonance. And it can be difficult to figure out how to pull those sounds apart — as to who’s making what. So that’s where it started.

I imagine this must have been a very difficult film to make, particularly from a technical standpoint.

Yes, it was a technically difficult movie to make. The whole aspect of sound had to start many years before we shot, which is unusual. Usually, people don’t think about sound until you finish filming the movie. With this one, we had to think about it beforehand. And you also had to think about how it related to the visuals. 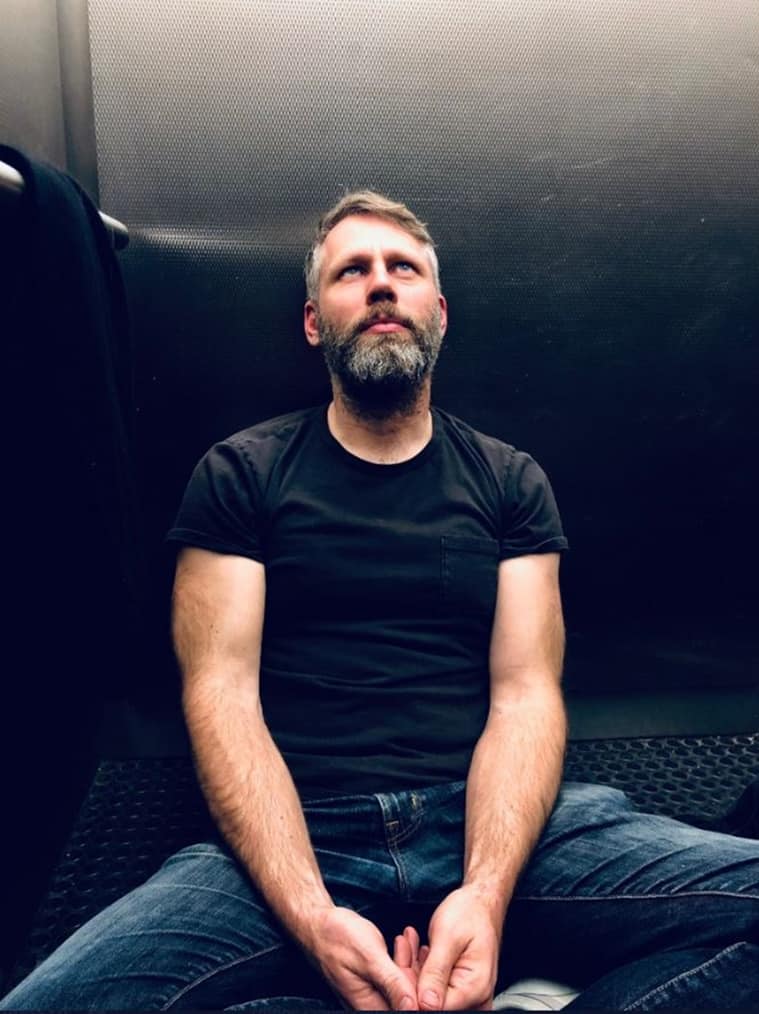 Actual deaf people were part of the film’s cast. They were also consulted. Did you learn anything from them while making this movie? Did you make any changes to your process while interacting with them?

I loved the final scene. I think it is about finding appreciation for quietude and coming to terms with ourselves. Sound of Metal is a fairly bleak film for most of its runtime but ends on an optimistic note. How did you come up with this ending?

I love it when you can earn an ending. If the journey itself is not difficult, then you can’t do that. In other words, you cannot feel the silence without the noise. I was always interested in a visceral experience in cinema. It is not hard for a writer to tell something. It is very hard to make someone feel something. Those are my favourite films, the ones that where you are allowed to feel. And they usually take you through the bowels of hell. You cannot get to that place without struggling. This film is not easy. It is at times bleak. But it has to be. Otherwise, the ending feels unearned.

What’s next for you?

I am working on a film right now, that’s very challenging. I can’t talk about it. But it’s quite enriching. I don’t want to get too comfortable in my career. Because if you get comfortable, you stop doing anything worth doing. I’m writing every day. That’s what I was doing all day today. It’s good because it keeps it real.