Sooryavanshi, scheduled to hit the screens on March 27, 2020, has Akshay Kumar as ATS officer Veer. His character was introduced in the post-climax scene of Ranveer Singh starrer Simmba. 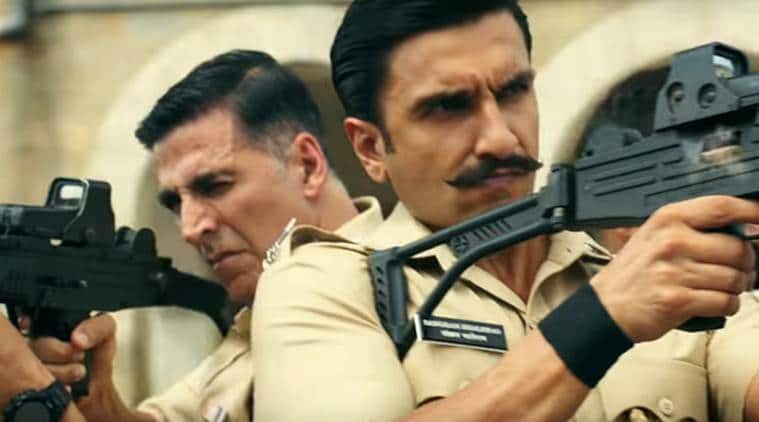 As Ranveer Singh starrer Simmba completes one year today, filmmaker Rohit Shetty has shared a glimpse of how the three worlds of his cop universe – Singham, Simmba and Sooryavanshi – will collide in his next film with Akshay Kumar.

In the video, we see a sequence of Simmba where Sangram Bhalerao aka Ranveer is packing punches at the villains and Bajirao Singham (Ajay Devgn) supports him in doing so. Towards the end of the short clip, all three stars, Akshay, Ajay and Ranveer, are seen firing a barrage of bullets. The sequence is short and will surely make the audience excited for the release of Sooryavanshi.

“The story that began with Singham turned into a universe of its own with Simmba and the journey continues with Sooryavanshi. Aa Rahi Hai Police” reads the video. Akshay Kumar shared the video on social media and wrote, “#RohitShettyCopUniverse celebrates 1 year of Simmba with the power-packed trio Singham, Simmba and #Sooryavanshi. Get ready…aa rahi hai police, 27th March, 2020!”

Sooryavanshi, scheduled to hit the screens on March 27, 2020, has Akshay Kumar as ATS officer Veer. His character was introduced in the post-climax scene of Simmba. Katrina Kaif and Nikitin Dheer also star in the film in a pivotal role.