From the intense Mirzapur 2 to comic-thriller Lootcase, Rasika Dugal wowed viewers with an impressive array of projects. Actor Rasika Dugal dominated the OTT space this year. From the intense Mirzapur 2 to comic-thriller Lootcase, Dugal wowed viewers with an impressive array of projects. For her, the lockdown went like a breeze as she was busy juggling projects. She concedes as much, saying, “I should have taken more time off.”

In an exclusive chat with indianexpress.com, Rasika Dugal looks back at her productive year and the unique characters she played.

You were part of so many successful projects this year. How do you manage all the expectations and fanfare?

I focus on the work and the joy of doing it rather than worrying about expectations. I believe that if you are invested and immersed in your work, it will resonate with people.

I think I came out of it feeling like I should have taken more time off. People reinvented themselves so quickly, and I am always amazed at how quickly they do that. I went with the flow. Before I knew it, I was doing online dubs for A Suitable Boy, shooting Banana Bread from home, doing online promotions for Lootcase and an audio project for Audible.

Do you feel satisfied with your work this year?

Very satisfied with the quality, variety, regularity of work and the wonderful people I had a chance to collaborate with. Mirzapur 2 and A Suitable Boy released on the same day this year, and I couldn’t have asked for more. Two completely different genres, on two different platforms and an opportunity for me to be two completely different and interesting women – Beena and Savita. Also, Delhi Crime won the International Emmy for the Best Drama series. It is a show very close to my heart, and I feel so honoured.

Am I satisfied with what I have done? No, I can never be and shouldn’t be. There is always room for another layer and some more nuance. That’s the beauty of this job. You can never be done. 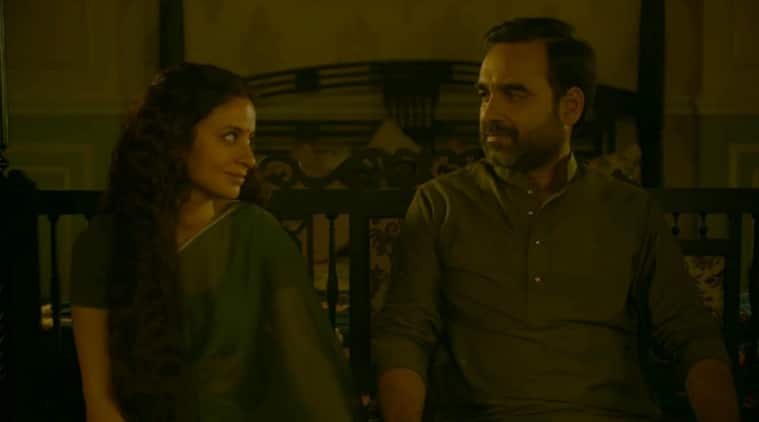 It was interesting how your character – Beena Tripathi (Mirzapur 2) – shaped up this time. What do you expect from her in the next season?

I wonder! The brilliance about Puneet and Vineet Krishna’s writing is that it will be unexpected, beautifully layered and very wicked. I look forward to sinking my teeth into another season.

How did you react to all the memes around who’s the father of Beena’s child?

I had only one answer – “Kya farq padta hain? Beena ka hain” (how does it matter, it is Beena’s child) (laughs).

How was the experience of working with Mira Nair in A Suitable Boy?

It (working with Nair) had been on my bucket list. Am so glad it happened. Mira is lovely. I have so much admiration for her spirit and energy, and I’m constantly amused by the sense of mischief which she brings into every scene that she directs. I totally enjoyed working with her and watching her choreograph scenes with a large ensemble so masterfully. I also enjoyed spending time with her between shots. We can talk about anything, from politics to motherhood to scuba diving.

A Suitable Boy was also special for its ensemble cast. It had so many actors from around the world with such varied experiences. It was a hub of talent, and there was so much to learn every day. You shot Banana Bread during the lockdown. What did it teach you?

That it can be very joyous and very tiring to make a film like this. I felt empowered that we could pull this off, but I also missed the energy of a shooting unit. It was also fun to revisit doing everything on your own. It was like going back to film school or working on an indie film where you have to quadruple up for an entire film unit.

Any show or film you wished you were a part of, and why?

So many! Paatal Lok is one which stands out in my mind. The script, the cinematography, the performances – the show had an epic-like quality to it. I felt someone was narrating to me in a way that I could understand the idiosyncrasies of the world we live in. I would have loved to be a part of that story and cast. Of the other shows I watched, Mrs America too stood out for me. It had so many delicious parts for women, and each performed it so beautifully! I was moved by the story of the feminist movement in America and what it meant to different women personally.

That I wasn’t-sleep deprived! And that I know where things are in my kitchen (laughs).

I have an interesting mix of films and series. In the series space, there are a few season threes, and I am looking forward to reprising those roles. Besides that, a new series and an indie film for sure. Baaki time will tell!