Sarah Jessica Parker is looking back on Sex and the City two decades on, and her recollections aren’t all rosy. (Or pink, like Carrie Bradshaw’s iconic tutu.)

So much has already been said about her notoriously rocky on-set relationship with co-star Kim Cattrall, but there were other aspects of the Emmy-winning HBO series that SJ found uncomfortable too.

On the latest episode of the Origins: Sex and the City podcast, Parker remembered that she “panicked” when offered the role because it would mean committing to the strict schedule of making a TV show. 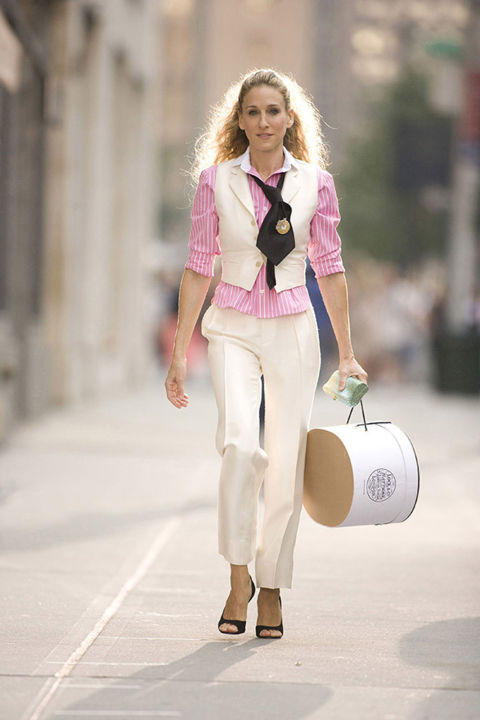 “All of a sudden it felt like somebody was holding me hostage or something or there just were these limitations which felt very suffocating,” she said.

The actress ultimately adjusted and even became a producer of the series and the subsequent movies. These days, Parker is still not ruling out reviving or rebooting Sex and the City, even if Cattrall refuses to be involved.

“Whether we choose to revisit it at another time and reimagine that story – that’s something [director] Michael [Patrick King] and I just haven’t talked about yet, that doesn’t mean we won’t, but we haven’t at this time,” she explained.

Any potential Sex and the City revival or reboot would need some major retooling because even Parker admitted in September that the original series was “tone deaf” in terms of diversity.

“It would be certainly interesting to see four diverse women experiencing NYC their way,” she argued. “It would be interesting and very worthwhile exploring, but it couldn’t be the same.”