On Saturday, Ranveer Singh took to social media and posted a futuristic-looking photo that hints the actor might star in a sci-fi film.

Bollywood star Ranveer Singh on Saturday took to social media and hinted that there might be a possibility of a sci-fi film.

In the picture, he is seen wearing a white overall while holding a weapon and wearing futuristic goggles. He took to social media sites and posted a picture of himself donning a futuristic look and captioned it “Coming Soon”. 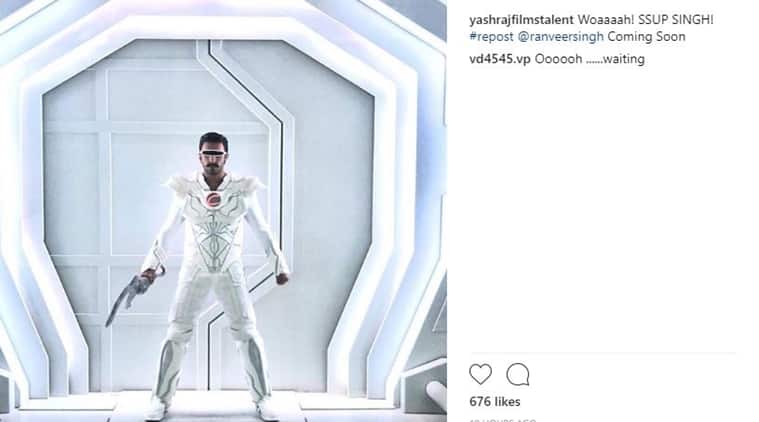 On the work front, the Padmaavat actor has wrapped up the schedule of his upcoming flick Simmba. The movie is a remake of 2015 Telugu blockbuster Temper. Ranveer plays a police inspector, Sangram Bhalerao, in the Rohit Shetty-directorial.

The actor has also wrapped up the shoot for Gully Boy which co-stars Alia Bhatt and Kalki Koechlin. The movie tells the story of a street rapper in Mumbai and has been directed by Zoya Akhtar.

Recently, the 33-year-old also announced that he will play the lead in Kabir Khan’s 83. The actor will be playing Kapil Dev, the captain that led the Indian national cricket team during the 1983 World Cup. The 83 World Cup has been a milestone in Indian history as it was the first time our young nation won, beating the undefeated West Indies. 83 is scheduled to hit theatres on April 10, 2020.