Alia Bhatt has been sharing many photos of herself from Bulgaria where she is filming for the second schedule of the movie. And this is not the first time that Ranbir Kapoor has turned photographer for rumoured girlfriend Alia.

Alia Bhatt and Ranbir Kapoor are shooting for Brahmastra in Bulgaria along with Amitabh Bachchan, Dimple Kapadia and Nagarjuna. Amidst work, Alia was joined by her dear friend Akanksha Ranjan Kapoor in the foreign land and the young actor couldn’t hold her excitement.

As Akanksha reached Bulgaria, Alia posted a photo on her Instagram story with the caption “Lookie who’s here”. Later, she shared another photo with her bestie where the two pretty girls are looking out of the window and enjoying the scenic beauty of Bulgaria. Guess who clicked the candid photo of the two friends? Alia’s co-actor Ranbir Kapoor. Crediting the click to Ranbir, Alia captioned the image, “the view and her too.. ?photo credit – RK.”

Alia has been sharing many photos of herself from Bulgaria where she is filming for the second schedule of the movie. And this is not the first time that Ranbir has turned photographer for rumoured girlfriend Alia. Earlier too we saw photos of the Raazi actor with Ranbir in the background holding a camera. 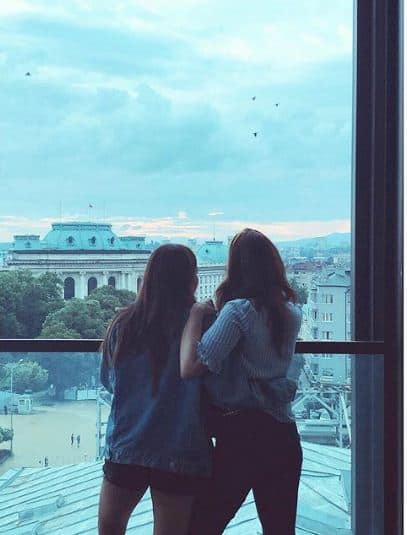 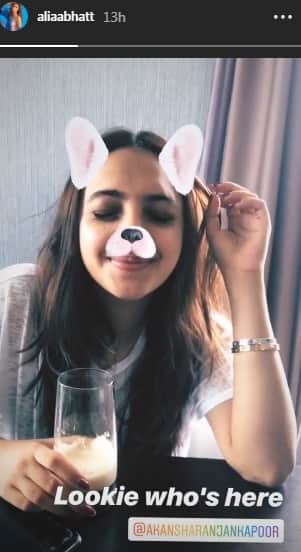 Ranbir and Alia’s relationship is no longer news for their fans. The two actors have neither accepted dating each other nor have they denied it. When Alia was enquired about the same, she told DNA, ” “The truth never bothers me. At the same time, even lies don’t affect me because if it’s not true, I don’t care. Link-up rumours don’t affect my relationships with people.” Ranbir, however, opened up about his relationship to GQ magazine. “It’s really new right now, and I don’t want to overspeak. It needs time to breathe and it needs space. As an actor, as a person, Alia is – what’s the right word? – flowing right now. When I see her work, when I see her act, even in life, what she gives is something that I’m aspiring to for myself. It’s new for us, so let it cook a bit,” he said. The supernatural flick Brahmastra will see Ranbir and Alia sharing screen space for the first time. Helmed by Ayan Mukerji and produced by Karan Johar, the film will release in August 2019.