Filmmaker Aparna Sen opted out of the panel citing other engagements. Prosenjit Chatterjee, however, clarified that he would 'extend all possible help to the committee' as and when required. 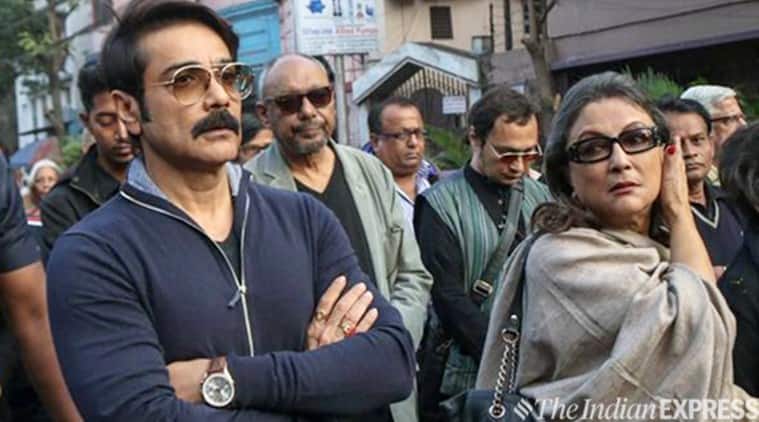 Two days after director Raj Chakraborty replaced him as the chairman of the apex body of 25th Kolkata International Film Festival (KIFF), actor Prosenjit Chatterjee has expressed his inability to be a part of the panel.

Filmmaker Aparna Sen, too, opted out of the panel citing other engagements.

Chatterjee, however, clarified that he would “extend all possible help to the committee” as and when required.

“Due to my other commitments, it will not be possible for me to attend any committee meeting. I have intimated the KIFF authorities in writing yesterday that I am opting out of the apex advisory committee,” he told PTI on Monday.

Sen said she was not consulted before being made a part of the 10-member committee.

“I was not consulted by the Information and Cultural Affairs Ministry (organisers of the KIFF) before being named a member of the committee,” she said.

The filmmaker also suggested that she should have been made the chairperson of the KIFF committee, given her level of seniority, or someone more experienced ought to have been appointed for the post. Sen also said that she had no time to attend KIFF meets.

“I am about to start working on new film. Also, I will have to attend the jury meeting for Oscar nominations,” the filmmaker added.

The newly appointed KIFF chairman, when contacted, said he will work hard to make the fest a grand success.

“I will speak to Rinadi (Aparna Sen) and Bumbada (Prosenjit Chatterjee) separately. I need their advice and guidance. I have been appointed by the government and will make all efforts to make this festival a grand success,” Chakraborty said.

West Bengal minister of state for cultural affairs Indranil Sen has been named the co-chairman of the KIFF, while youth affairs minister Aroop Biswas is the chief adviser of the committee, a government notification had said on Friday.

Despite repeated attempts, the culture affairs ministers did not respond to phone calls.

The 25th KIFF is set to be held between November 8 and November 15.

Speed merchants ready to set the track alight
We and our partners use cookies on this site to improve our service, perform analytics, personalize advertising, measure advertising performance, and remember website preferences.Ok