Ashutosh Gowariker has the right to creative license, and he has chosen the line which bends both fact and credulity. But did Panipat, which clocks in nearly three hours run time, need to be quite such a drudge? 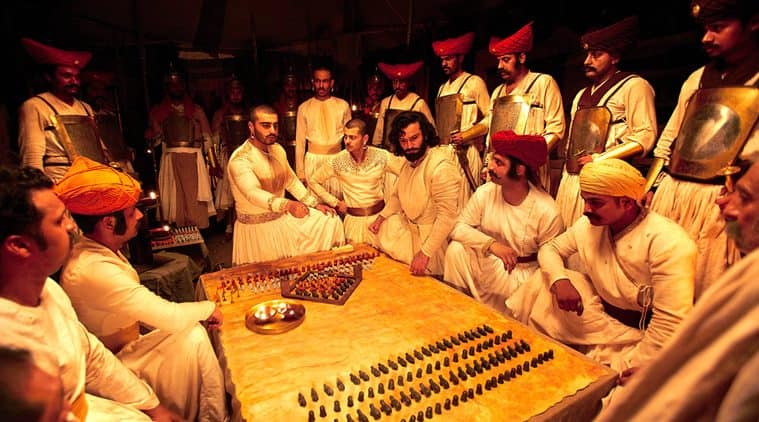 Every school child with a well-thumbed history text knows about the third battle of Panipat in 1761, in which the Marathas and marauding Afghans clashed, and thousands of soldiers perished. The outcome was a turning point: it halted the advance of the Marathas, and the internecine war between the rival principalities paved the way for the British dominion.

Gowariker’s film has a very clear stance: to topline the valour and battle skills of the Marathas, as they fought off the Afghan invaders, in order to save ‘Hindustan’. That there really was no notion of the nation state at the time is of little concern to the film: it wants us to be filled with nationalistic fervour and rally behind the rousing cry of ‘har har mahadev’.

The filmmaker has the right to creative license, and he has chosen the line which bends both fact and credulity. But did Panipat, which clocks in nearly three hours run time, need to be such a drudge? Gowariker has had practice with periodicals. Lagaan was nearly four hours long, but the time flew by because everything about the film came together beautifully. Like Gowariker’s effective Jodhaa Akbar, Panipat is a costume drama and you would have thought that he would recover his mojo with this, after the dreadful Mohenjo Daro. Whatever happened to the sparkle?

You can see that research has gone into the making of the film: the representatives of Awadh and Doab regions, as well as the Rohillas, show up as black-hearted betrayers, their eye on the throne of Delhi somehow more problematic than the Marathas’ ambition. A veritable parade of costumes is on the screen: Arjun Kapoor as the heroic Maratha Sadashiv Rao Bhau, Sanjay Dutt as the Afghan leader Ahmad Shah Abdali, Kriti Sanon as Sadashiv’s beloved Parvati Bai, Mohnish Behl as the Peshwa, and a host of others.

But neither the scattered, stretched plot nor the performances are impactful. Kapoor never really leaps off the screen even though he works hard both on and off the battlefield, Dutt swings his black robes and strides about, reminding you of Ranveer Singh in Bajirao, but is far from being a charismatic villain. Sanon is a bright, smiling presence but nothing about her body language suggests that she is a woman of her time. I wish Kolhapure had been given more to do than just making faces and being a jealous Peshwa wife; though Kunal Kapoor as the gravelly-voiced Shuja-ud-Daula is quite a surprise.

When you revisit history and recant it in positions palatable to current appetites, and you want it to go down smooth, you need large doses of visual flair and imagination, not sad tracts of CGI. Where is Sanjay Leela Bhansali when you need him?

The traveller who followed the sun

CAA+NRC can lead to ‘disenfranchisement’ of Indian Muslims: US body

Karnataka: Muslim man, father to four, to be made pontiff in Lingayat mutt
We and our partners use cookies on this site to improve our service, perform analytics, personalize advertising, measure advertising performance, and remember website preferences.Ok