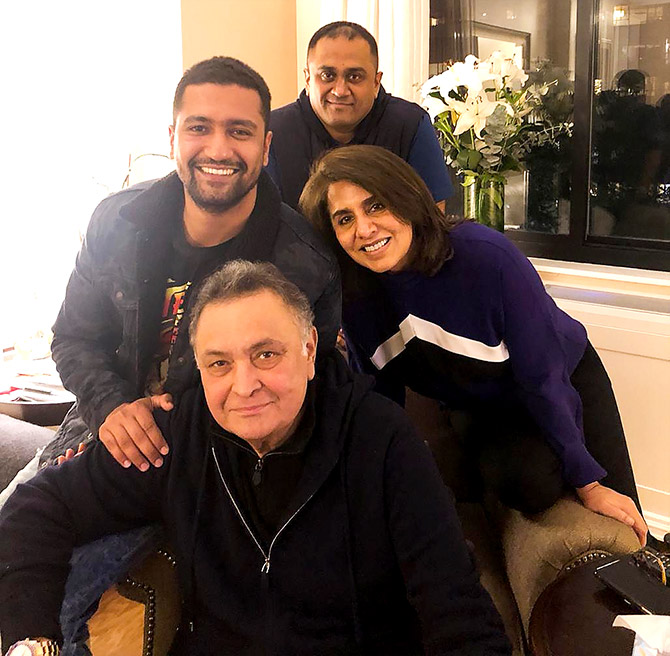 Vicky Kaushal, who is shooting in New York for Shoojit Sircar’s Udham Singh, took some time off from his busy schedule to meet Rishi Kapoor and Neetu Singh.

Ranbir Kapoor and Vicky are Bollywood’s latest BFFs after they shot for the film Sanju, where Vicky played Sanju’s bestie.

Apparently, Rishi Kapoor has recovered from his illness but will be staying in New York for some more time.

Ranbir, who spent a lot of time with his parents in New York, is busy with Brahmastra, which is directed by his friend Ayan Mukerji and co-stars Alia. 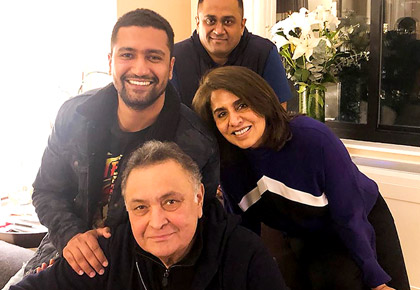 From national capital to Maximum City, relief knows no borders

Haryana extends lockdown in containment zones till June 30
We and our partners use cookies on this site to improve our service, perform analytics, personalize advertising, measure advertising performance, and remember website preferences.Ok