Laxmii, previously called Laxmmi Bomb, seems to have been assembled as it went along, with not one coherent thought through it. 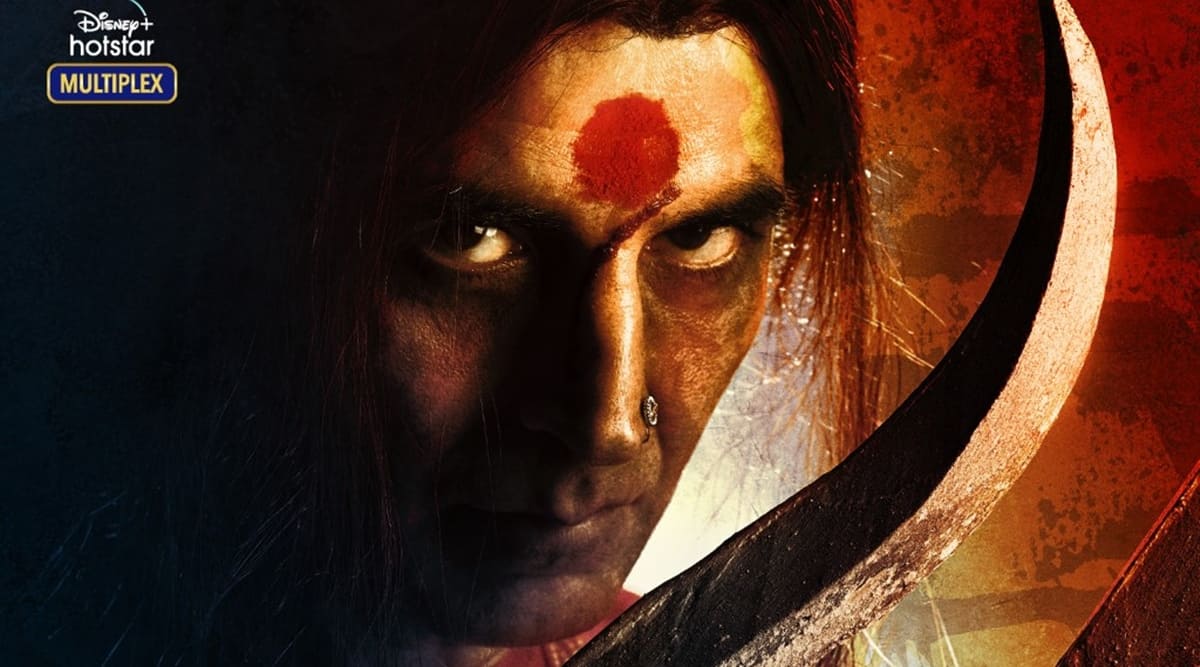 Somewhere deep inside the mess that’s Laxmii, is the kernel of a solid idea: to give us the story of a transgender person, with empathy and sympathy. But this Akshay Kumar-starrer is a two-hour clutch-your-head, can-I-really-be-watching-this nonsense, from beginning to end.

When it starts, you have hope. Kumar plays Aasif (gulp, yes, a Muslim), married to Rashmi (Advani), a good Hindu girl. Given that the star has been fervently waving the nationalist flag in his recent movies, just the fact of him playing one half of a Hindu-Muslim jodi, hawww, comes as a pleasant surprise. Rashmi’s mum (Mirza) asks runaway ‘beti’ to come home, all is forgiven, ‘naaraaz daddyiji’ ( Sharma) notwithstanding, and along goes the happy couple, expecting to be blessed, and taken into the fold.

A precocious child actor is made to spout this line: ‘abhi bhi Hindu-Muslim mein atkey huey hain.’ But don’t be fooled, going against ‘love jihad’ isn’t this film’s intention. It’s fashioned as a horror-comedy, based on the director’s 2011 Tamil original, Kanchana. So we get, in rapid succession, a haunted parcel of land, menacing shadows flitting about in the middle of the night, creaking doors, heartbroken sobs, reducing the household, which includes Rashmi’s brother (Chadha) and sister-in-law (Kalsekar) to gibbering buffoons. And Aasif, whose life’s mission it is to fight superstition, starts acting funny: is he just pulling a fast one on us, or is he possessed by a ‘bhatakti-hui-aatma,’ out to take revenge?

Akshay was a hoot in Bhool Bhulaiyaa, Priydarshan’s 2007 flick which was also a horror-comedy. As befits a Priyan film, the strokes were broad, but there was some thought and structure to the film. Laxmii, previously called Laxmmi Bomb, seems to have been assembled as it went along, with not one coherent thought through it. How does a film, you may want to ask, whose leading man is meant to be a crusader against ‘bhoot, pret and aatma,’ happily stuff itself with babas, and protective ‘vibhuti,’ and a ‘three-eyed-coconut’ which rotates if it senses an evil spirit? Nope, not kidding. And as we are being very secular here, there’s also a kohl-eyed Musalmaan character who holds out a ‘taaweez’ which will keep our hero ‘mehfooz’? The threat of a Christian priest is held out too, but mercifully the script, such as there is, forgets about it.

Claiming to break stereotypes by heavily stereotyping people across the board is a device bad Bollywood never seems to get enough of: all the transgender characters clap their hands, and dance around a fire; a good Muslim character wears a ‘topi’ and beard; and everyone else speaks their lines in the hope of making us laugh. No one succeeds, not even Akshay, who can be really good when he isn’t taking himself too seriously. The only one does take his role seriously is Kelkar (effective), as Laxmii-the-transgender, who is wronged.

As are we, the viewers. These two hours aren’t coming back.