Karl Pilkington once vowed to never act again, after appearing alongside Ricky Gervais in the series Derek. He later went a step further, vowing to retire from showbusiness entirely.

Tonight, though, Sky One is launching Sick of It, Pilkington’s first scripted sitcom in which he plays not one but two roles.

So what lured the straight-talking Mancunian, a man with a mind quite unlike any other, out of self-imposed exile? And why exactly did he decide to give the acting another go? 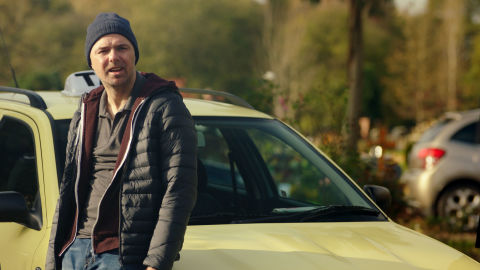 “The main thing I wanted to do as a kid was be on the radio. That was the dream. I got to do that, I enjoyed it, [then] I got bored with it. Everything that’s come after that has kind of happened by accident.”

Pilkington first rose to fame appearing alongside Gervais and Stephen Merchant in a series of Xfm radio shows, originally acting as their on-air producer. The trio followed this up with a record-breaking podcast that continued to showcase Karl’s unique perspective on the world, which he later took ‘on the road’ in a series of light-hearted travelogue shows. 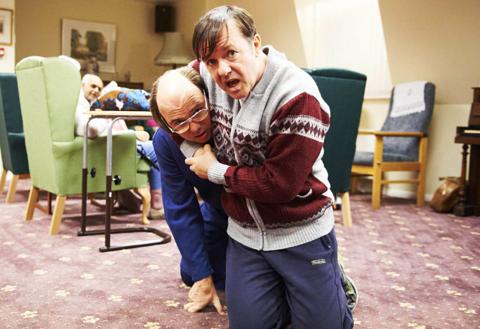 His first acting gig followed, with Gervais casting Pilkington as grouchy-but-good-hearted handyman Dougie in his Channel 4 series Derek. He refused to return full-time for the show’s second series and was written out in the first episode.

“I was a nervous wreck,” he says. “So when I finished it, it was a proper relief: ‘That’s done. That’s the end of that’.

“And then I did the last Moaning of Life [his second Sky One travel series, airing from 2013-15] and I paid for the house, which was all I was working for. So it was like, ‘Right, I’ve finished. I’ll retire now’.”

But after “about seven months properly of doing nothing”, Pilkington was “starting to get bored” – his girlfriend Suzanne urged him to return to work, but Karl was insistent that his time as a mopey, Manc version of Michael Palin was over. 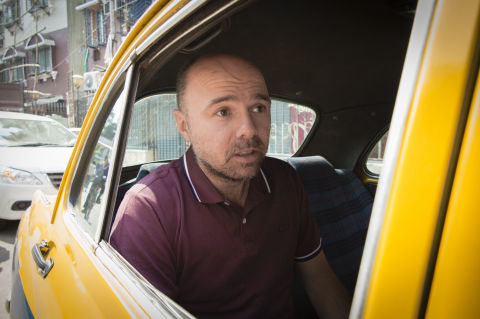 “By that point, with the travelling, I definitely knew I didn’t want to be hanging around airports, getting jetlagged, feeling sick.”

Instead, An Idiot Abroad and The Moaning of Life producer Richard Yee pitched the idea of a scripted series to Pilkington. The end result, Sick of It, is a sitcom in which he plays two characters, both based on aspects of his own personality – Karl, a down-on-his-luck taxi driver, and Inner Self, the grouchy voice inside Karl’s mind.

“It’s all made up, though,” he insists. “There’s no truth in any of the storylines.”

Indeed, Pilkington was originally only interested in writing and hadn’t originally planned to play the lead(s) in Sick of It himself. He reveals that “very, very early on” in the process, he’d wanted Shameless actor Jack Deam – who does bear a striking resemble to Karl – to front the series.

“He’s a Northern lad, and he looks a bit like me. That’s all it was. We weren’t going, ‘Is Daniel Craig busy?'” 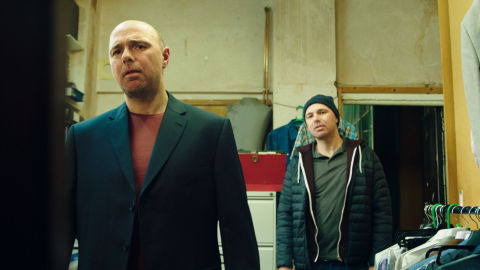 In the end, Pilkington “went from not being in the show, to being in it twice” and delivers a sharp, very funny performance, both times. In what seems to be a recurring theme in his accidental career, Karl’s tried his hand at something (against his better judgement) and discovered he’s got something of a talent for it.

Sick of It, like its star, is an offbeat comic gem, and we’d recommend enjoying it while you can. Because, knowing Karl, he’ll probably get bored soon.

Sick of It starts tonight (Thursday, September 27) at 10pm exclusively on Sky One and NOW TV.

Chhatrapati Shivaji Maharaj Museum will be launched in political battle of UP: Sanjay Raut

Professor HRT Roberts: Philosopher with a friendly pugilist punch
We and our partners use cookies on this site to improve our service, perform analytics, personalize advertising, measure advertising performance, and remember website preferences.Ok