Karan Singh Grover on reuniting with actor-wife Bipasha Basu, what he learned from her while collaborating for MX Exclusive Dangerous and more. Actor Karan Singh Grover says he doesn’t like single-dimensional characters. “The more layers a character has, the more it fits me,” Karan said while gearing up for the release of his latest project — Dangerous. The MX Exclusive film will begin streaming on MX Player in parts from August 14. Dangerous also reunites Karan with actor-wife Bipasha Basu after Alone, which released five years ago.

Dangerous has been written by Vikram Bhatt and directed by Bhushan Patel, while singer Mika Singh is the co-producer. It revolves around Karan’s Aditya Dhanraj, whose wife Dia gets kidnapped and his former lover Neha (Bipasha) comes on board as the investigating officer. As the chase deepens, suspicion also falls on Aditya and Neha realises there’s more to the case than meets the eye.

Karan, who was last seen playing Rishabh Bajaj in Kasautii Zindagii Kay, got candid with indianexpress.com about playing characters with grey shades. He also spoke on what he’s learned from Bipasha as his co-star and things that remain a bonus for him due to his television experience.

It’s very dangerous, because it’s got a lot of twists and turns. A thriller will always be a thriller. What makes it different is the story, performances, actors and the way it has been shot. Think about the stories that the world has, (comparatively) we have maybe 10 stories that we show in different ways. A whodunit will always be a whodunit. It’s how you get there which makes the difference.

Q. Your character is mysterious in parts and a sufferer in another. Are you deliberately trying to explore the grey territory, considering Hate Story 3 also had you in a negative role?

It’s good that the difference came through and you could make out the layers. I don’t like anything single dimensional. We are all multi-dimensional beings in this third dimensional reality. So the more I can explore about myself, the more interesting it is for me. If you see Dr Armaan (Dill Mill Gayye), there’s no hero like him. He’s something else for me because of the way it was written. That’s one level which you may not breach with something else. But there are so many other things which that character was not, which I might explore. That’s how you grow. If you keep doing same things, same things will keep happening.

Q. Your last movie with Bipasha was Alone, filmed before marriage. How different were things this time?

The chemistry was exactly the same. Any other actor who’s worked with Bipasha would know, she’s a very professional actor who likes things a certain way, everything has to be the best version of itself, disciplined and just right. She’s a perfectionist. So me or anyone else meeting her for the first time will have exactly the same experience. The husband-wife thing used to kick in only after pack-up and that’s different. Otherwise it’s always the same.

Q. Bipasha is a pro at thrillers. Was there anything you learned by observing her?

There’s a lot that I learned from her. There are so many things she does which identify only with her. Bhushan sir always told me, “See what she does, learn.” There’s a finesse in her as an artiste, with her individuality and the character she portrays, everything comes together for that particular moment, and you get to see what you get to see. If you watch closely, there’s a lot to learn. 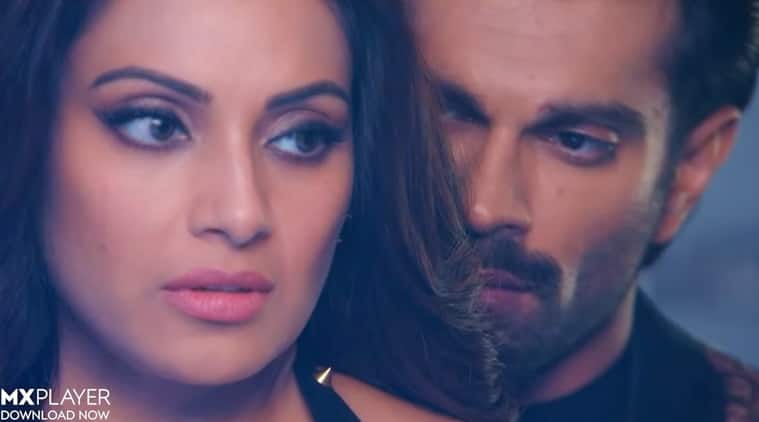 Q. Vikram Bhatt is a master of thriller stories. How was it working with him and Bhushan Patel?

It was great collaborating with Bhushan Patel again after Alone. It’s a pleasure to work with him and learn so much every time. And Vikram Bhatt is one of the geniuses of our times. His intelligence is unmatched. It was an awesome experience.

Also read: Bipasha Basu on Dangerous: Vikram Bhatt’s stories have a lot of twists which is very entertaining

Q. From TV to films and now web, you seem to have become a master of all mediums.

I don’t think I’m the master of any medium. You need to be a beginner in every stage of life. If you become a master, then there is nothing else to do. Also you need to know so much to become a master. There is a big bonus we get in television. It will not take me a minute to understand any scene no matter how long it is – one page or 12 pages. That is with anyone who’s started in television, who has to submit 18 minutes of footage everyday. You can’t do a bad job because you are the one who’s being seen.

Q. Is making a digital debut an obvious progression for actors today?

It’s more of a gradual progression of the world actually. Everything is becoming digital.