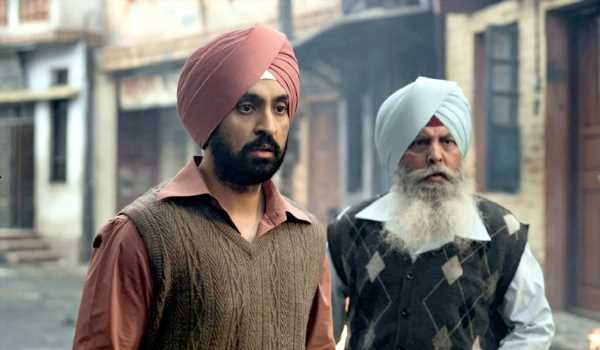 Jogi is a slice of current history, and unlike another recent film that does not need to be named, never resorts to sensationalism.
It is the story of good overcoming evil, which is what keeps hope alive in dark times, observes Deepa Gahlot.

Very few films have been made about the genocide of Sikhs in 1984, after the assassination of then prime minister Indira Gandhi by her Sikh bodyguards.

With the tinderbox mentality we have, any spark can ignite a conflagration, as we have seen time and again.

We also have a convenient amnesia about events that have shaken the country, so it is up to cinema (also literature and drama) to make sure we don’t forget completely.

It is heartening that a film like Jogi has been directed by a mainstream director like Ali Abbas Zafar (Sultan, Bharat, Tiger Zinda Hai) without going over the top.

The casting of Diljit Dosanjh could not have been more perfect — he is Sikh himself and could add an extra personal dimension to the film. Also, his eyes are able to convey deep anguish.

Joginder and his happy family live in the Trilokpuri area of Delhi, which has a large Sikh population.

On the day when India was stunned with shock at the assassination (in retaliation for the damage caused to the Golden Temple during Operation Blue Star), it took no time for violent mobs to start hunting down the community, going on a rampage of looting and killing.

It came out later that Congress politicians encouraged the riots and gave cops instructions to look the other way as Delhi burned.

The party is not named in the film, and horrifying evil is personified by one man, Tejpal (Kumud Mishra), who hands the police a voters’ list of Sikh families and demands a tick against each person killed. He wants to please the higher-ups so that he can move up from municipal councillor to MP.

As it happens, there are a few people with courage and a conscience, who refuse to follow such orders. One of them is Ravinder Chautala (Mohammad Zeeshan Ayyub), Jogi’s childhood friend, and the other is a transport company owner, Kaleem (Paresh Pahuja).

After Jogi’s brother is burnt alive in his shop, and several families take shelter in a gurdwara, Ravinder offers to get Jogi’s family across the border to Punjab in his police jeep, but Jogi won’t abandon the others.

Then starts a heart-stopping journey of ferrying a small group hidden in a truck and then hiding the others left behind, as a Tejpal loyalist Lali (Hiten Tejwani) pursues them like a wild hound. He has a past history with Jogi and is also seeking revenge. In fact, this section of the film was not required, and the flashback slows things down at a crucial juncture.

The film (written by Zafar and Sukhmani Sadana) has been made with sensitivity, always maintaining the dignity of the characters, while keeping the audience invested in their fate.

It gives cause to admire the courage of a few unsung heroes, like Kaleem’s wife, and Ravinder’s unseen family, who face threats, but do the right thing.

It is also disturbing to see how easily a majority bows down to evil.

Dosanjh, Ayyub and Pahuja’s performances give soul to the moving film.

Mishra has already proved his credentials as an actor, but Tejwani, who has moved from TV melodramas to cinema, does a fine job in his small but significant part.

Jogi is a slice of current history, and unlike another recent film that does not need to be named, never resorts to sensationalism. Reminiscent of Schindler’s List in spirit, it is the story of good overcoming evil, which is what keeps hope alive in dark times. 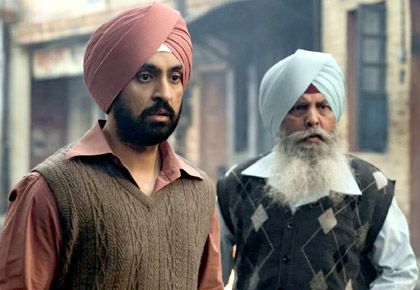