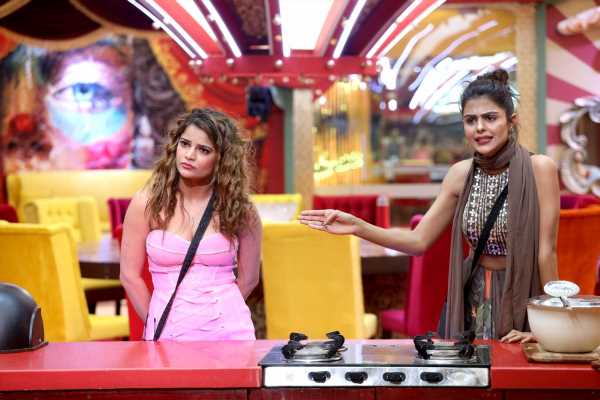 Priyanka Chahar Choudhary and Archana Gautam became friends as soon as they stepped inside the Bigg Boss house.

When everyone was against Ms Choudhary during a captaincy task in the first few weeks, it was Archana who stood by her along with Ankit Gupta.

But now, the two ladies are almost always at loggerheads.

Priyanka and Archana have been constantly fighting for a week. Is their friendship over?

A few days ago, Archana asked Priyanka why she had not made breakfast separately for Abdu Roziq as he cannot eat spicy food.

Priyanka, who initially refused to cook again, did eventually make breakfast for Abdu and sorted out the issue.

However, Ms Gautam wasn’t happy with Priyanka’s attitude and it led to a fight.

Honestly, it wasn’t needed as Abdu got his breakfast and, while Priyanka may have made a mistake, she did rectify it. Why get into a fight once a problem is resolved?

But Archana, being Archana, passed crass remarks and then started crying! That, FYI, is her standard behaviour now.

After all the drama and unnecessary rona-dhona, Priyanka apologised to Archana at the end of the day. This week, Archana got upset when Priyanka called her out for making extra rotis during lunch.

When Priyanka did the same thing a few days ago, Archana had fought with her; for Priyanka, this was a perfect opportunity for a tit-for-tat.

Since Archana did not have a valid point to counter her good friend, she did what she knows best: Get Dramatic.

Soundarya Sharma, Sreejita De, Tina Datta and Shalin Bhanot called Archana out for her double standards. When everyone started pointing fingers at her, Archana started crying once again for sympathy.

Sajid Khan tried to pacify the situation but Archana continued to go overboard with her drama. That Archana’s friendship with Priyanka is almost over is a given for now. But then, you never know how things change in the Bigg Boss house.

Archana’s new strategy, it seems, is to join forces with Shiv Thakare, Nimrit Kaur Ahluwalia and MC Stan so that she can remove Ankit Gupta from the game; Archana says she wants to see how strong Priyanka is when she plays the game alone.

Considering the show has been extended, we get that Archana is trying to do something different so she continues to grab screen time and stays in the game longer.

But what Archana needs to realise is that she’s no longer coming across strong or funny.

Her friendship with Priyanka was what stood out in the initial weeks. Their banter was fun to watch. But now, Archana has replaced entertainment with drama and unnecessary fighting, especially with Priyanka.

Will this strategy work?

Do you think Archana and Priyanka’s friendship is finally over? Vote! 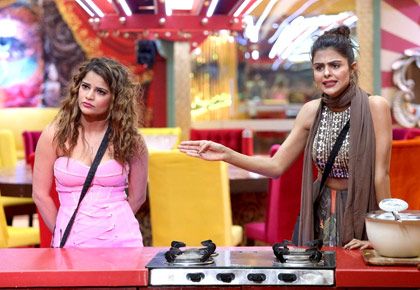