‘The sweetest, warmest and loving man ever, always smiling, very innocent and child-like.’

Alka Yagnik sang the most songs for Bappi Lahiri among lady singers.

As Alka, still in a state of shock at Bappida‘s passing, puts it, they were recording together so often during the 1980s and 1990s that it was like being part of one family.

Alka finally speaks about her beloved Dada. “What do I say? It’s very difficult to find words for someone who has been more than just a colleague. We all know the achievements of THE Bappida, his amazing versatility, popularity and trendsetting compositions.” 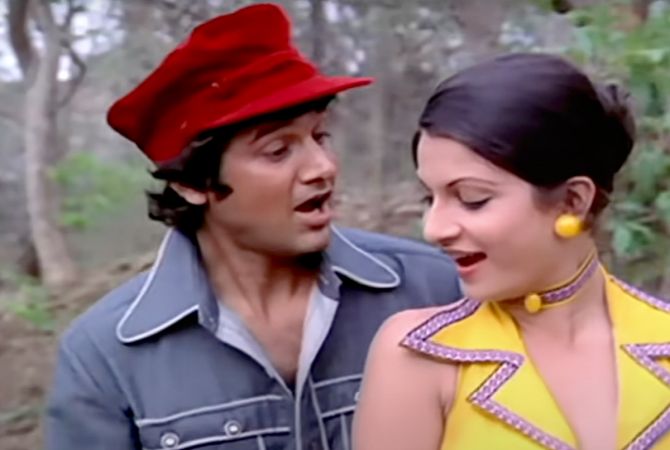 For Alka the personal loss is much deeper than the professional.

“He was more to me than a very talented composer with whom I did innumerable hit songs. He was my caring elder brother. Whenever used to see me low during rehearsals, etc, he would hold my hand and say, ‘What’s the matter? I’m your Dada, you are my family, come here (to their home) whenever you are sad or upset… this is your home.’ Such care concern and familial love is rare in this film industry where one meets professionally and then goes home.”

A flood of memories come to Alka. “I have spent a lot of time with the Lahiris. I was there for very occasion, every celebration, every puja at their home. I have shared their joys and sorrows.”

How would Alka like to remember Bappida? “As the sweetest, warmest and loving man ever, always smiling, very innocent and child-like in so many ways. He always had a good word for everyone. These are the worst times ever. First Lataji, now Bappida. I’ve lost two favourites within days.”

“The music industry is very poor now. We are losing our gems, one by one. So so sad. I will miss Bappida the great legendary composer a lot, but I will miss my loving sweet Dada even more.”

‘He was the most stylish amongst us music directors’

Rajesh Roshan and Bappi Lahiri started their musical journey at the same time. Rajesh Roshan’s first two music scores in Kunwara Baap and Julie released in 1974 and 1975. Bappi Lahiri’s Zakhmee and Chalte Chalte came in 1975 and 1976.

Rajesh Roshan grows misty-eyed as he remembers his dear departed colleague. “Bappi was my contemporary since the ’70s. He had that sense of composing everlasting music which has come to be extinct now. His songs like Pyar mein kabhi aisa jo jata hai in Chalte Chalte, Saiyyan bina ghar soona in Aangan Ki Kali and Tum saath ho zindagi bhar in Sheeshay Ka Ghar will be played for generations.”

“He gave us several extraordinary superhits which even when we listen now, we are enthralled and moved. It won’t be wrong to say he was the most stylish amongst us music directors. He was quite a brave man and would not hesitate to speak the truth no matter what.”

“His demise is a big loss to the film industry and to his millions of fans. I feel very heavy in my heart when I recall his song Kabhi alvida na kehna in Chalte Chalte. Didn’t know the time to say goodbye would come so soon. I join my hands in a prayer to say, Rest In Peace Bappida.” 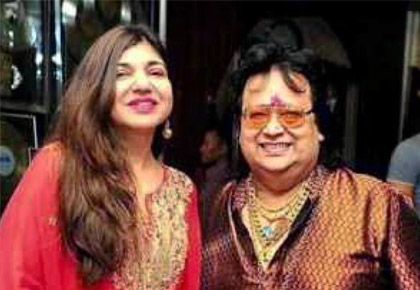