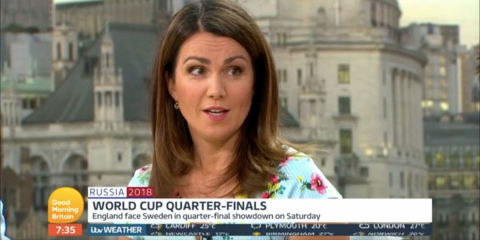 Susanna continued: “But there’s a serious point here, because the campaign against sexual harassment, Me Too, has led to hundreds of companies now changing their policies. One in twenty companies now says it is just safer to say, ‘Do not have a romance in the workplace.'”

However, when she turned to speak to journalist Harriet Minter, who was arguing that workplace relationships are not appropriate, Susanna said: “Oh you’re such a killjoy.” 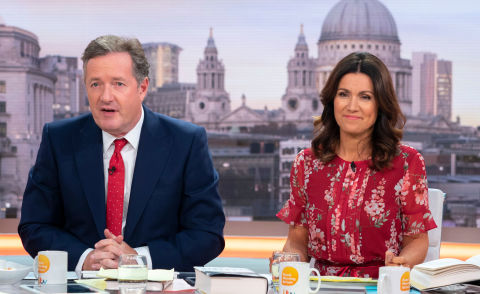 Nevertheless, the GMB host did soon admit that this could protect people from bad behaviour.

Susanna said: “You spend eight, to ten, to twelve hours at work a day, why would you rule that out?”

Matchmaker Lara Asprey argued that if you inform HR, then that’s fine, but Susanna shot back: “Wow. Blimey Lara, at what point do you go to HR? Is it the first night? The first date?” 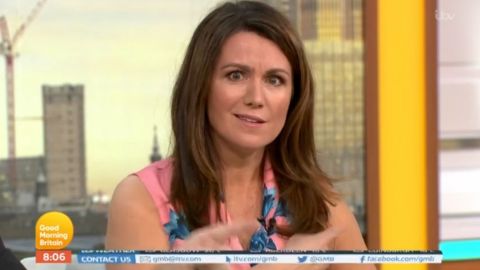 Back in 2014, Susanna Reid separated from her partner Dominic Cotton, who she shares three sons with. Despite their split, the pair still live together.

Speaking to The Telegraph, Susanna explained: “So we live separately but together and happily in the same house. I’m not saying everybody can do it (and) I definitely think people are surprised that we can do it this way.

“Obviously we’ve been through a bit since splitting up, because a separation is always going to be sad. But it’s nice for the children that they know Mum and Dad are still there.

“I’m privileged to have a great relationship with my ex, to the point where we can live together comfortably and he can have a new relationship.”